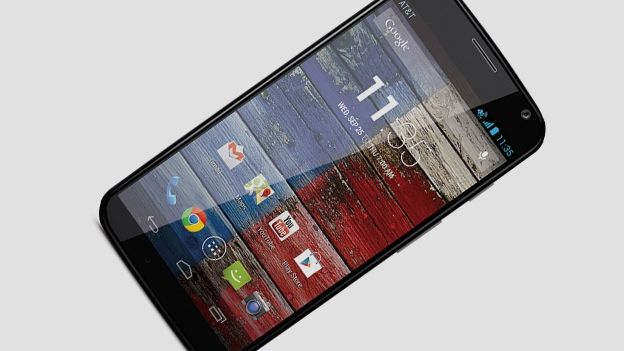 Lenovo's purchase of Motorola has thrown in to doubt when we'll see the Moto X2.

However, despite that, all Android fans' eyes are on what happens to the successor to the Moto X. The phone was much loved by those who appreciated the vanilla version of Android found on the smartphone.

It's still early days, but what exactly can we expect from the Lenovo-owned Motorola Moto X2?

It's the big question – when are we likely to be able to get our hands on the Moto X2?

Well, during Mobile World Congress, Motorola held a question and answer session on Twitter. One user asked the company “When is the next version of Moto X?”.

Motorola responded “Keep posted – hint – late summer”. It did not expand on whether that means it will unveil the smartphone then or if it is when more information about its purchase by Lenovo will be announced.

We'd be surprised if we didn't have it in our hands before the end of September.

Little is known about what we can expect from the Moto X2.

However, Motorola has said that it believes that “great smartphones should be available to everyone”. That suggests that Motorola is unlikely to launch the Moto X2 with mid-range specifications.

What is much more likely is that the Moto X will look to bring some of the more recent improvements in smartphone technology.

Features like fingerprint scanners, dual-camera and maybe even 64-bit processors could appear in the next smartphone. However, it is unlikely to push the boundaries of what can be done.

Motorola has indicated that its purchase by Lenovo will not lead to an increase in prices. We reckon that makes a Moto X2 at a similar price to the original a dead cert.

While owned by Google, a Windows Phone or FirefoxOS version of a Motorola smartphone was as likely as Apple announcing it was dumping iOS and adopting Android, Lenovo's purchase threw that certainty into the air.

However, in the recent Twitter Q&A session during Mobile World Congress, Motorola made it clear it had no plans to move away from Android.

When asked if it had plans to launch a smartphone running another operating system, it responded: “We'd have to compromise if we spread across ecosystems. We'll continue to focus on Android.”

We'd say that's about a firm a no to Windows Phone and Firefox OS as there is.