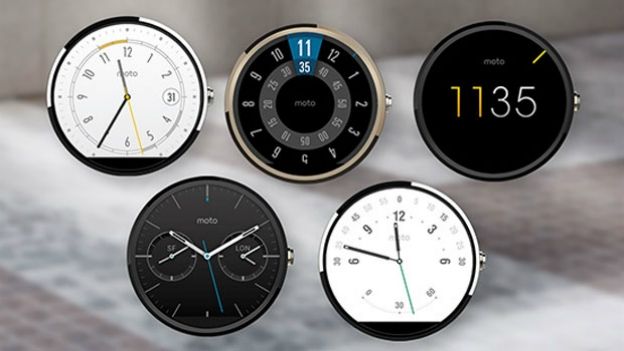 Motorola looks to have dropped a blunder on its official website, releasing an image of a gold Moto 360 before quickly taking it down.

The company's round-faced smartwatch already comes in silver and black metal frames, but a promotional image on the Motorola website suggests a gold frame is on its way.

The teasing image of the gold Moto 360 (top centre) briefly appeared on the official website before being removed entirely.

Motorola then uploaded a different image with a reshuffled layout without the gold frame in an attempt to cover their tracks.

AndroidPolice contacted Motorola about the image to try and get some answers, with the firm stating that its “exploring new materials.”

An official Motorola spokesperson further explained: “Although we can't comment on gold specifically, we're always exploring new materials and we intend to provide Moto 360 in a selection of styles in the future.”

It's certainly suspicious activity from Motorola and is sure to raise a few eyebrows.

More than likely some newbie over at Motorola posted the image on the website prematurely, and they're trying to pretend it never happened.

As GMSArena pointed out, the choice of words is particularly interesting. “New materials” rather than “new colours” suggests that a gold Moto 360 is probably in the pipeline.

The gold frame probably won't be here for a while, but the Moto 360 is expected to land in the UK in the coming weeks.

Looking to swap your Casio for a smartwatch? Then be sure to check out T3's best smartwatch round-up looking at some of the top titans in wearable tech.