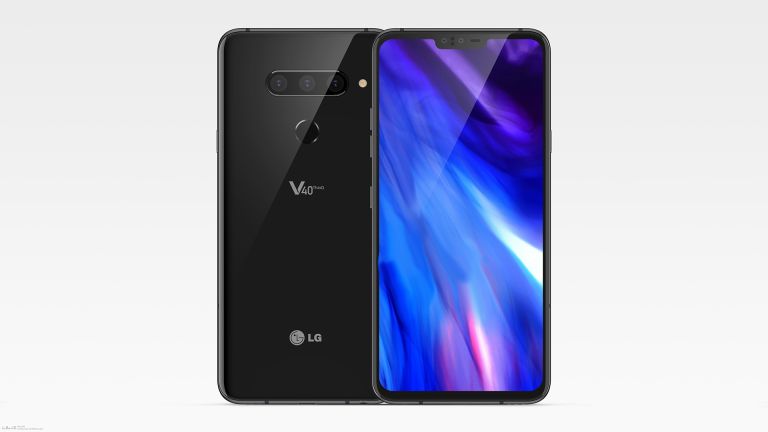 The LG V40 leaks have begun to take some good looking shape in the form of new renders which show off what we could hope for from the latest LG handset and that includes a notch screen and triple camera. Watch out new iPhone.

The LG V40 has appeared in new renders shared by the ever faithful Slashleaks. As you can see it looks set to be a high-end handset that should keep up with the big boys like the new iPhone and Samsung Galaxy S10, if rumours prove accurate.

The render, based on rumours, shows a triple lens rear camera setup in a horizontal array. The front appears to have a dual lens selfie camera setup which suggests facial unlocking. That said, there is a fingerprint sensor on the rear.

Despite going the way of the larger 6.3-inch OLED screen with notch, this LG V40 image suggests from that fingerprint sensor there won't be an under-screen fingerprint reader despite Samsung rumoured to offer that in its S10 soon.

Rumours have pointed towards a November 14 release date based on images of the phone showing that date. Pricing hasn't even been suggested, yet.