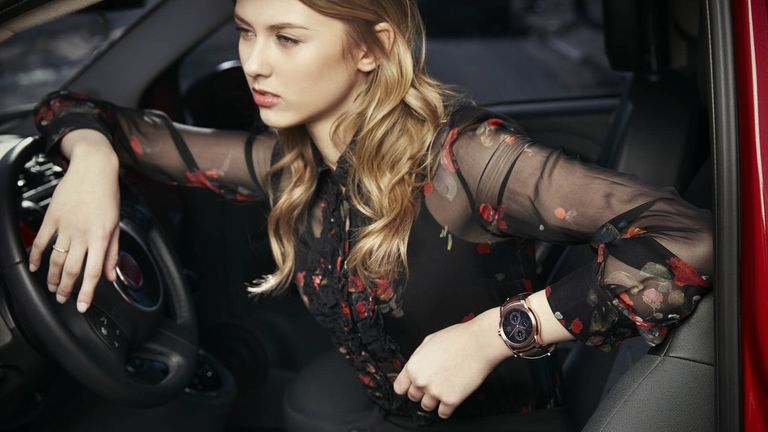 Smartwatches and fitness trackers offer many things to many people, but few would call them genuinely attractive in a traditional sense.

Sure, the occasional Swiss smartwatch will turn heads – and we think the Apple Watch is a genuine design icon – but LG sees a future where wearables look more like pieces of jewellery than technology.

This is according to a set of patents spotted by LetsGoDigital, which show sketches of the kind of products LG has in mind. Described as being intended for women, although clearly they could be worn by anyone, the wearables include a smartwatch with a regular circular display, but attached to a slender metal band with a jewel-like bezel.

Although simple in design, the patents suggest how this smartwatch could pack all of the features we’ve come to expect, including GPS and sensors for tracking blood sugar levels and taking an electrocardiogram (ECG).

Another newly published LG patent shows a necklace with embedded ECG and blood sugar sensors. Consisting of two circles, the pendant would it against the wearer’s skin, allowing sensors on the back to read their vitals.

The device is described as being covered in crystals and precious stones, and given LG has previously collaborated with Swarovski, such a product isn’t beyond the realms of possibility, even if we don’t expect it to launch imminently.

Further LG patents shows how the same ECG and blood sugar sensors could also be fitted to a range of other necklace designs. Essentially, as long as part of the necklace touches the wearer’s skin, then the sensors should work. Of course, their compact size could mean there are limitations with regard to battery life and the inclusion of other features.

A final pair of patents suggest LG is working on a small camera which fits into a stylish necklace - although we're not sure where consumers will stand on privacy concerns over this one - and a pair of wireless earphones fitted to a cord worn around the neck, and which hold together magnetically when not in use.

It’s interesting to see LG pushing the boundaries of what wearable technology can look like, and the patents’ several mentions of blood sugar level sensors suggest the company is working on health tech not yet offered by Apple or any other rivals.

But, we must stress, that technology companies file patents on a regular basis and many of the products they describe never see the light of day, let alone go on sale. We suspect it could be some time before we see health and fitness wearables with designs like these, but nevertheless, it is exciting to see LG experiment beyond what’s currently available.