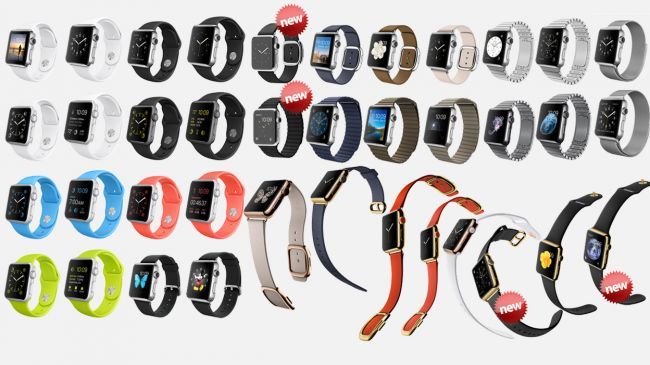 John Lewis was today showing off the trends and tech its buyers think will be big in 2015. Its wearable sales have quadrupled in the last two years but one gadget was missing: Apple Watch.

However, we spoke to John Lewis' resident tech expert Vicky McLaughlin and she was pretty sanguine about it. She told us, over a cheeky Bloody Mary, "We're happy to wait… It'll be on the up by Christmas."

Previous big Apple launches have been plagued by stock shortages, and there are suggestions that's in the offing for Watch too. Albeit they're quite sketchy suggestions from unnamed sources. That's potentially a reason John Lewis wouldn't be involved at launch, despite being, by our estimates, easily the UK's biggest retailer of "affordable premium" (ie: expensive but not insanely so) tech.

The other reason might be that they're just not trendy enough. Apple's UK retail partners are, according to McLaughlin, Selfridges - the upmarket department store with its own saucy period drama - and Dover Street Market, a place so chi-chi, if you go in there not wearing Issey Miyake, the staff will actually point at you and laugh.

Vicky McLaughlin added that wearable sales have been up 100%+ for the last two years running, and suggested how the sector might want to develop.

"If I can be a bit wanky for a moment, we need a more holistic approach," she said (we gave her permission to be wanky). "At the moment people are using these devices just to track. What would be good to see next is more advice, more context. So, if you're not sleeping well, the app might suggest you try some mindfulness exercises."

She noted that's quite tough to do, though, "Some people might not like that, so they need to find a way to phrase this advice. Of course, you can also see potential legal issues too, people saying, 'my app told me not to eat and now I'm malnourished!'"

While they wait for Apple to expand their coterie of UK retail partners, John Lewis has inked a deal with Motorola to sell its watches and will no doubt be working with their long-time audio-visual partner LG on flogging their wearables such as the tasty looking Urbane we've been playing with for the last few days.

Oh, and John Lewis are also lining this up for their stores. Select your favoured sofa shape, then have a look and feel of the fabrics available to upholster it with. Place your RFID-powered swatch on the square and voila: your new sofa is rendered in 3D glory before your very eyes. In this case, on an iMac. How ironic. Apologies for the terrible image quality; it was very dark.