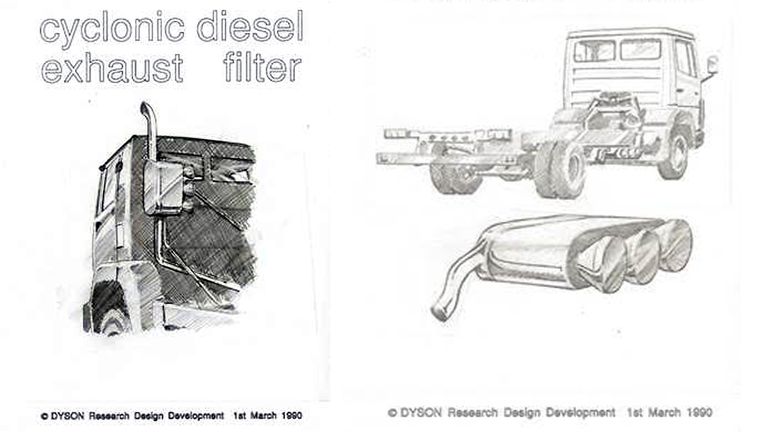 So, we were sat around in the office a while back and chatting about the idea of Dyson releasing an electric car or other electric vehicle, as has been mooted for a number of years. We concluded that Sir James and his merry band of Dyson cordless vacuum engineers would do no such thing. I mean, they couldn't successfully launch a washing machine. Was a move into the most cut-throat market in the world really likely?

Dyson is one of our favourite brands, for the quality and style of its products, and for the rage it seems to induce in professionally angry online halfwits.

It's also not above a bit of media management – well, what big brand is? – and it's way of doing that on this occasion is to issue an email from Sir James Dyson to the Dyson email list. Whilst making clear nobody from Dyson will be doing any interviews whatsoever about it, for the time being.

Well, fair enough. As Sir James' email says, "Competition for new technology in the automotive industry is fierce and we must do everything we can to keep the specifics of our vehicle confidential."

So, until we hear anything more concrete, here's the email. You may note that the sketches related to the original Dyson pollution-fighting mission all relate to lorries.

However, you may also note that recent Dyson vehicle-related hirings have been from Tesla and Aston Martin, and draw your own conclusions from that.

Dyson claims the EV team "is already over 400 strong, and we are recruiting aggressively," and has "committed to investing £2bn on this endeavour."

We're going to assume any future Dyson EV won't be made of purple and silver metal, with translucent plastic bits. In fact, after being proved so comprehensively wrong on an EV's mere existence, we're not going to assume anything, ever again.

"In 1988 I read a paper by the US National Institute for Occupational Safety and Health, linking the exhaust from diesel engines to premature death in laboratory mice and rats. In March 1990 a team at Dyson began work on a cyclonic filter that could be fitted on a vehicle’s exhaust system to trap particulates.

By 1993 we had developed several working prototypes and showed an early iteration to British television programme Blue Peter. The team went on to develop a much more sophisticated technology.

To our chagrin, nobody at the time was interested in employing our diesel exhaust capture system and we stopped the project. The industry said that ‘disposing’ of the collected soot was too much of a problem! Better to breathe it in?

In the period since, governments around the world have encouraged the adoption of oxymoronically designated ‘clean diesel’ engines through subsidies and grants. Major auto manufacturers have circumvented and duped clean air regulations. As a result, developed and developing cities are full of smog-belching cars, lorries and buses. It is a problem that others are ignoring.

Throughout, it has remained my ambition to find a solution to the global problem of air pollution. Some years ago, observing that automotive firms were not changing their spots, I committed the company to develop new battery technologies. I believed that electrically powered vehicles would solve the vehicle pollution problem. Dyson carried on innovating. The latest digital motors and energy storage systems power the Dyson Supersonic hair dryer and cord-free vacuum line. We’ve relentlessly innovated in fluid dynamics and HVAC systems to build our fans, heaters and purifiers.

At this moment, we finally have the opportunity to bring all our technologies together into a single product. Rather than filtering emissions at the exhaust pipe, today we have the ability to solve it at the source. So I wanted you to hear it directly from me:

"Dyson has begun work on a battery electric vehicle, due to be launched by 2020."

"We’ve started building an exceptional team that combines top Dyson engineers with talented individuals from the automotive industry. The team is already over 400 strong, and we are recruiting aggressively. I’m committed to investing £2bn on this endeavour.

The project will grow quickly from here but at this stage we will not release any information. In London, nearly 9,500 people die early each year due to long-term exposure to air pollution, according to a study carried out by researchers at King’s College London. The World Health Organisation reports “in 2012 around 7 million people died – one in eight of total global deaths – as a result of air pollution exposure”. It is our obligation to offer a solution to the world’s largest single environmental risk. I look forward to showing you all what I hope will be something quite unique and better, in due course!