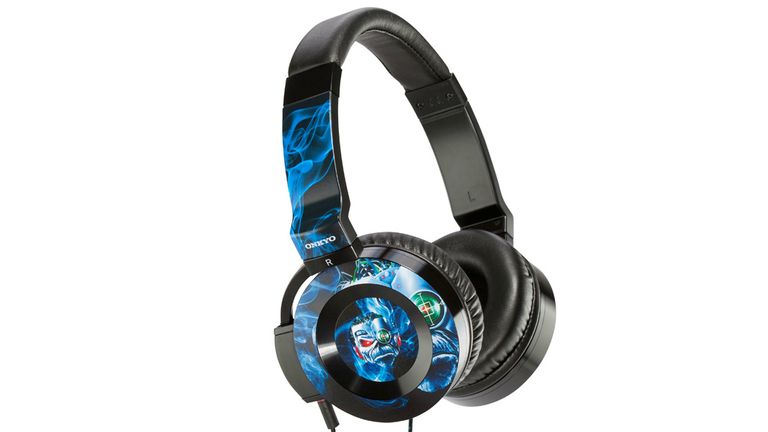 Rock and heavy metal fans aren't usually catered for by audio tech brands, but now the head-bangers finally have something (err, else) to scream about.

Ed-Ph0n3s is a collaboration between Iron Maiden and Japanese electronics company Onkyo. The on-ear cans were teased at CES back in January, but now they've been revealed in all their glory on the show floor of IFA 2015.

The headphones have been designed for rock and heavy metal fans in mind, although its currently unclear what specific features it brings for that type of music.

It probably bodes well with metal fans that Iron Maiden founder and bassist Steve Harris had a big hand in crafting them. He apparently worked closely with Onkyo for 9 months to fine-tune the headphones and even used them when mixing the band's new studio album, The Book of Souls, which went on sale yesterday.

In specifications terms, the Ed-Ph0n3s come with twin 40mm titanium-coated diaphragm drivers. Have a frequency response of 10Hz to 27kHz, impendence of 32-Ohms, pressure level of 105db/mW (Nominal), and are capable of a max input power of 800W. They weigh 245g and the 3.5mm cable length is 160cm. There will also be a 6.35mm jack adaptor in the box.

As for the unusual (and may I add, tricky to type) name, the Ed naturally refers to Eddie, the band's mascot. The rest, well, your guess is as good as ours.

We're yet to hear about pricing or a release date, but we'll update when we do.