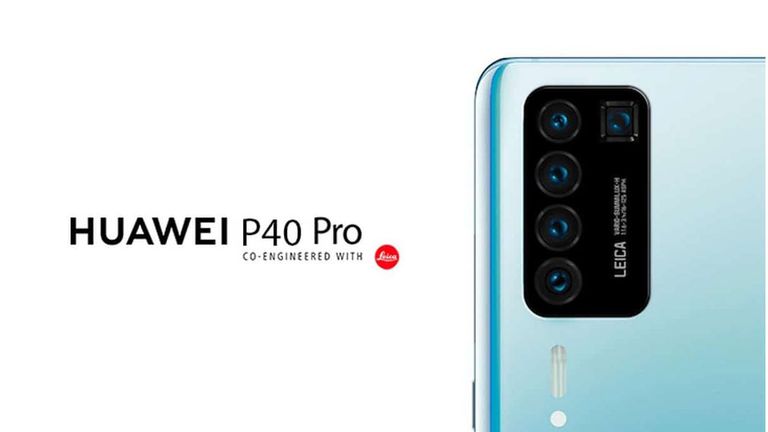 Now 2020 is here, we won't have long to wait for the Huawei P40 and its bigger sibling, the Huawei P40 Pro. Said to be announced at the end of March, more details are beginning to leak out about the Chinese company's two new flagship phones. The latest leak, from a reputable news source, shows us the top-end Huawei P40 Pro in both renders and real life.

Chinese social media users, picked up by news outlet GizChina, have provided us with some of our first looks at the Huawei P40 Pro. As well as the Leica five-camera render, seen above, the P40 Pro's screen protector has also allegedly been revealed.

Corroborating many of the rumours swirling around the P40, the image of the screen protector contains no punch-hole for the camera, seemingly confirming the presence of an under-screen selfie camera. Curves on all four sides, no "chin" to speak of and slender bezels have also been revealed by the leaked shot. Check it out below:

The smudge in the centre likely denotes where the sensitive under-screen fingerprint scanner will be installed, while the curves, bezels and under-screen camera have all been long rumoured in the phone's development.

This doesn't tell us anything about the internal specs, but we do know a Kirin 990 chipset, the company's answer to the Qualcomm Snapdragon 865, is hotly tipped to be inside the new flagship, and 5G is due to come as standard.

It's unknown what shape the P40 will take compared to the P40 Pro, but we do know the P40 "Lite" is also on the way, a rebranded older phone known as the Nova 6 SE, which can be seen below:

With the end of March launch date fast approaching, Huawei is slightly behind Samsung, which is set to launch its P40 rivalling Samsung Galaxy S11 on 18 February in San Francisco. Let's hope the new handsets are worth the wait – and if all the rumours are true, it certainly will be. Sounds like Samsung has a fight on its hands...