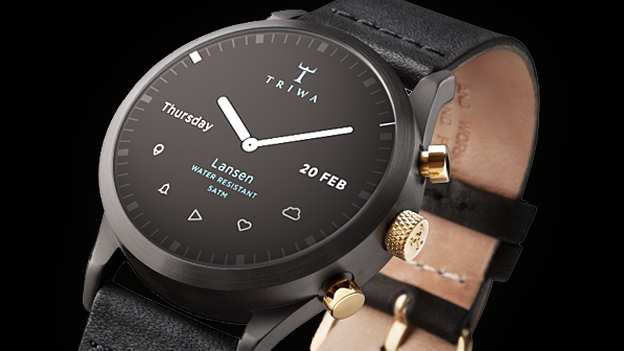 A Hungarian designer has unveiled a concept smartwatch that is unlike any others.

Gábor Balogh – who works as a freelance designer – said that he came up with the concept in part because of his frustrations of what was available.

Sony, Samsung and Pebble are among the companies that offer currently offer smartwatches. However, none of the smartwatches on the market are designed like a traditional watch.

On the other hand, the smartest watches from traditional watch makers are by comparison extremely limited.

The concept is based on Swedish watchmaker Triwa's Havana watch. It replaces the traditional hand-based face with a digital interface.

According to Balogh, the concept isn't intended to be a design for a smartwatch, but rather a way of investigating interfaces.

"“In this concept the UI does not have a predefined style,” Balogh told The Verge. “But it would match the housing. Only the navigational patterns have to be taken into consideration.”

His design has more of an emphasis on traditional watch design combined with the power of a smartphone through smart linking.

According to Balogh, the idea is that when you want the watch to be smart, it is. When you don't need it to be, it looks like a traditional watch.

“I like products with discreet technology,” explains Balogh, “when they serve me, my real needs, and make my life easier rather than simply changing my days.”

He cited the Nest thermostat and Apple's Airport Express as examples of this.

“They're just ticking away in the background, making your life easier.”

Does this design tickle your fancy more than what is on offer from Samsung et al? Let us know below or on T3's Facebook page.