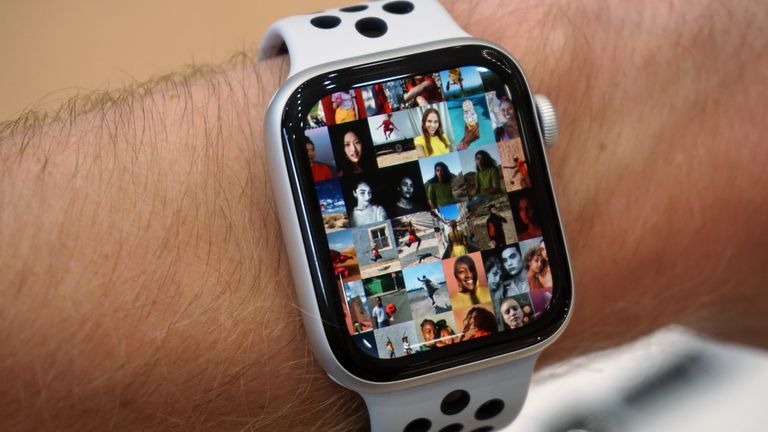 The Apple Watch is constantly evolving, and pushing forward what it means to be a watch. Because, really, telling the time is only one of its many features, and the latest Apple Watch adds even more on top. You can track your heart rate, you can take calls without reaching for your phone, you can check those notifications wherever you may be with a glance at your wrist.

But those are just the basics. With Apple Watch apps, you can extend the capabilities of that watch exponentially. And there's something there for just about every use, from checking the weather to getting directions while you're cycling, to acting as a personal translator in difficult foreign climes.

We've covered apps here that should work with any generation of Apple Watch, right up to the brand new Series 4 Apple Watch – though please bear in mind that this article was written before we'd managed to get our hands on the newest Apple Watch, so we can't 100% vouch for compatibility. It's also worth noting that you shouldn't take the Swim.com app for a dip if you're running a first-generation Apple Watch, unless you want to get your watch full of water. And you probably don't.

The list includes free and paid apps; honestly, for the highest quality experience, we'd also recommend opting for the paid version of an app. If it's on your wrist, it has to be right. But there are benefits to going free, such as testing functionality before stumping up the cash – though you may find certain features trapped behind that paywall.

As you probably very well know, apps for Apple devices are only available to download from the (excuse use) app-tly named App Store, so whether you’re an Apple Watch newbie or you're looking for your next amusing feature, discover the best Apple Watch apps on the App Store by reading on below.

Lifestyle tracking that's always with you

Your Apple Watch is a constant companion, and it'll inevitably be the most reachable device around you most of the time. If you're making an effort to look after yourself, specifically to control your calorie intake, Lifesum is a great way to keep those notes up to date – no excuses.

You can add calories manually, or call on a list of commonly eaten foods to quickly log your intake, and Lifesum will keep you informed on the amount of calories you have remaining for the day. It's super-handy information – and you can even use it if you're bulking up, too.

What's more, Lifesum can help you keep tabs on your water intake, your movement, your stretching – everything that matters.

Your thermostat on your wrist

Best for: Energy saving
Type: Lifestyle
In app purchases: No

+An extra connection to your thermostat+Goes beyond energy saving

While this obviously depends on you having bought into the Nest ecosystem at home, having the power to tweak your heating right from your wrist is immeasurably valuable. Cuddled up, watching the TV? Pop it up a notch. At work in a meeting, and realise you've left that boiler blazing? Cut it off.

And there's even more to it than that. If you've expanded your Nest network, you can get Apple Watch notifications from the Nest app, from your Nest Protect to motion detection on your Nest Cam. This is an app that truly connects you to your home.

-Snarky reports won't be for everyone

Weather talk isn't only a way to fill dull moments when being forced to converse with relatives you don't care for. Particularly when a little effort has been made to spice it up. Carrot's particular character makes forecasting updates slightly snarky, something that will appeal to those who've been battered by the weather for so long that they've lost all hope.

It's not all fun and games; using the latest data collected from the forecasting network behind Dark Sky, it can give you updates for anything from the next minute to a day away, and offer an accurate heads up for any oncoming precipitation – right to the minute it's due to begin.

Apple Watch owners can also benefit from the premium upgrade, which will allow you to receive precipitation and severe weather alerts right to your wrist.

Track yourself, whether you're running or cycling

The Apple Watch's fitness functions are core to its being. They underpin its design, and they're a big selling point. And no app exploits them quite as well as Strava does. On a basic level, it tracks the distance, pace, speed, elevation and calories burned while you exercise and can, for non Series 1 devices, operate as a separate entity from your iPhone, freeing you up to exercise without that extra bulk on board.

On a more advanced level, you can analyse separate parts of your run or cycle with Strava's segments option, highlighting that steep hill or that long straight, great if you’re looking to improve personal bests. You can also upload your data to your profile and share your latest stats with friends for some healthy competition, and you can pay for the premium versions for more advanced features.

Are we there yet? Not quite – but you'll know how long it's going to be

Best for: Travelling
Type: Traffic app
In app purchases: No

If you're a frequent commuter, or at least visit certain places with some regularity, this is a great way to estimate how long it's going to take. Yes, you could open Google Maps, type in your destination, load up your preferred route and check the time it’ll take for you to get there, but ETA does a far quicker job.

Using your pre-loaded routes, it’ll automatically keep track of the traffic conditions and update your screen so you can check out the journey time before heading off, great if you travel around for work. It’ll tell you the current traffic conditions and let you know the best times to take the route to avoid being caught up in a jam. The downside is that it doesn’t work independently from map apps, so you’ll still need them installed on your watch if you’re looking for directions.

Best for: Recording memos
Type: Recorder
In app purchases: No

How many times hahas something popped into your mind and then almost instantaneously fallen out of it again? No more! Thanks to the convenience of Just Press Record, you can keep all of your memos in one place to remind you of hastily arranged meetings, shopping items, or pick up times.

The app can work independently from your phone, which is great if you need to record something quickly when out and about. Any memos are then automatically transferred to your phone, where they can be transcribed into text for easy referencing at a later date.

An intricate story, where you control the plot from your wrist

+The outcome of the story depends on your decisions+Make the decision from the lock screen, rather than launching the app

Sometimes it’s far more favourable to play a game during a few minutes of spare time rather than pick up a book. This ‘game’ however, combines the two concepts and manifests itself as an interactive story where you can control the plot and the outcome of the character’s destiny.

Lifeline develops in real time, with the character carrying out tasks over a realistic time period, sending notifications to you throughout the day. Reviewers report a connection and responsibility towards the character of the story, almost like the way in which you can develop a connection with a character in a traditional book, which makes it a great compromise if you’re having a mental battle between the two.

In a sticky situation abroad? You can use iTranslate to get out of it

A language barrier is often tricky to overcome, especially when it develops into an erratic game of charades as you try and gesture that you’ve missed the bus and you need to know when the next one is going to come along. iTranslate allows you to bash through the barrier somewhat, as you can speak to it in English and it translates to your desired language as you speak. It will then translate someone’s response back to you in English so you’re both on the same page.

A bonus is that it’s pretty good at recognising words even when there’s lots of background noise, while the almost real time translation time means awkward pauses are kept to a minimum. Bear in mind that once the free-trial period is over, you’ll need to buy a subscription, so perhaps this is one for the frequent traveller.

Swimming isn’t often covered by generic fitness apps, so here’s a specialist app just for it

Best for: Swimmers
Type: Data tracker
In app purchases: No

+Thousands of customisable workouts available+Detects your stroke and records accordingly

With the waterproofing of Apple Watches series 2 and 3, you can now track your swimming as well as your land sports, great if you’re training for a triathlon.  You can choose one of the workouts and adapt it to suit your session so you benefit from the best possible training. Swim.com will also detect the stroke you’re doing and count how many you do during your session so you can self motivate and beat your personal best.

Thanks to the online leaderboard, you can upload your results and see where you’re performing among other swim club members and even the rest of the world. With all of its functions considered, avid swimmers will certainly benefit from this app.

A daily brain workout from your watch

- Not an intricate game

It’s nice to have a game that you can rely on to fill those awkward moments when you’re standing on your own in the middle of the street waiting for someone, or when you’ve got fifteen minutes to take a quick lunch and don’t have enough time to commit to anything else.

Featuring a daily brain workout specifically for Apple Watch wearers and lots of mini games to get you thinking during down time, it’s no surprise that Rules! has won a bunch of awards for its creativity. With three modes to choose from, including beginner, expert and continuous, you can test your brain to the preferred level and keep games going when you’ve got time to fill.