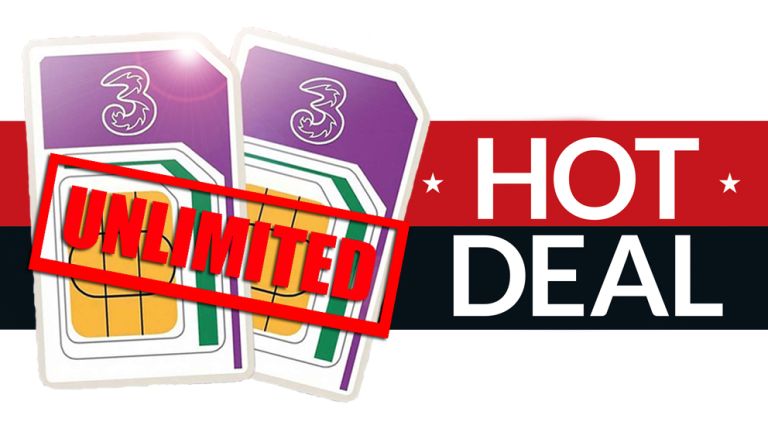 We get it, you use a lot of data. That may well be a problem with lots of the big UK carriers, many of which limit the amount of data you can consume on a monthly basis. Three is taking a different approach, leaning into offering pretty absurd amounts of data for not very much dosh in these amazing SIM only deals.

The deals on offer here are pretty simple: one gives you unlimited data (which can be used to binge, hotspot, and roam around the world until your hearts content) for half-price for six months, making it £11 per month, while the other offers 100GB of data for the price of 30GB, making it £18 per month. Both plans are 24 month contracts.

Naturally, you can take advantage of unlimited calls and texts on both plans alongside Three's incredibly generous Endless Binging offer, which doesn't count some popular services (think Netflix, Snapchat, and SoundCloud) towards your data allowance. That's a pretty fantastic deal if you ask us.

Three SIMO deal | Unlimited data | Unlimited calls and texts | Six months half price | £11 per month (and then £22 per month) | Endless Binging | 24 month plan | Available now
This plan does what it says on the tin: unlimited data, plus all of the extras, for just £11 for the first six months of the contract before it goes up to £22, which is still an incredibly reasonable price for what you're getting.View Deal

Three SIMO deal | 100GB data for the price of 30GB | Unlimited calls and texts | £18 per month | Endless Binging | 24 month plan | Available now
Just as with the deal above, this SIMO plan offers everything you could possibly want and then drops the bomb: 100GB of data for the same price as 30GB of data, available over the entire contract. That means you get 100GB for just £18 per month, which is pretty unbeatable as far as we're concerned. View Deal

So, if you're in the market for some hot SIMO action, whether that be to chuck into the smartphone you already own, hotspot until your laptop dies, or whatever other reason, look no further than these fantastic deals from Three.