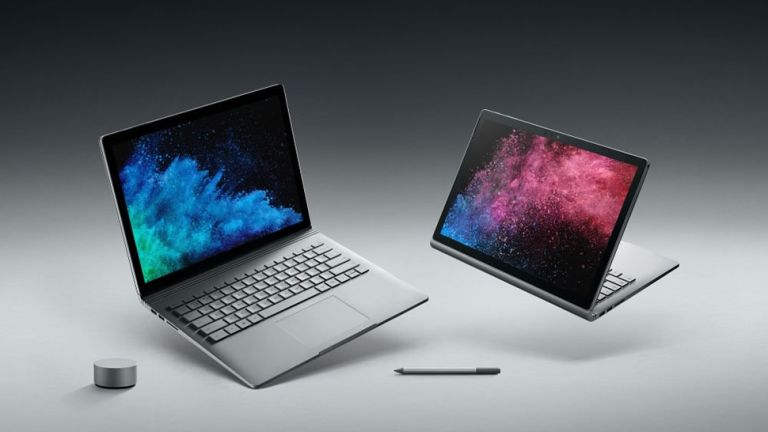 If you're waiting for another entry in the Surface Book series, you might not have to hang on much longer: Microsoft has announced a hardware event for the 2nd of October, at which we're expecting all kinds of devices to get a refresh.

The first two Surface Books have impressed us so much that we can't wait to see what Microsoft has got in store for its next 2-in-1. As Microsoft's 2019 Surface event gets closer, here's what we know so far about the Surface Book 3.

The Surface Book 2 was announced in October 2017 at a special event organised by Microsoft, but this isn't the sort of computer Microsoft refreshes once a year – so an October 2019 update seems about right.

Remember there was a gap of two years between the first and second model. We did think October 2019 would be a better bet for a Surface Book 3 launch, and that's now been confirmed with news of the event on the 2nd.

You might not remember now, but there was a specs refresh for the first Surface Book in October 2016 – could that be the plan again for the Surface Book 2? A Surface Book 2.5 if you like. We'll have to wait and see.

Apple has already refreshed its own laptop line this year and we're expecting many more computers to appear at IFA 2019, so Microsoft is going to have some catching up to do.

Nothing has leaked out of Microsoft headquarters so far about an expected price for the Surface Book 3, but if we look back at past models of the detachable 2-in-1 then it's clear that Microsoft hasn't been afraid to slap on a premium price.

The strategy seems to be to leave the mid-range and budget end of the Windows laptop market to Microsoft's competitors, which is a good idea if it wants other manufacturers to carry on licensing its operating system.

When the Surface Book 3 does arrive, we'd expect it to hit the same sort of price points as the Surface Book 2. If the needle does shift in either direction, these laptops are likely to get even more expensive as Microsoft consolidates its position at the top end of the market, so maybe start your saving now.

At the moment the Surface Book 2 tops out with an Intel Core i7 processor, 16GB of RAM, and a 1TB hard drive, and that's still going to be a pretty impressive spec by the time the next Surface Book arrives. Still, as these are premium laptops, Intel will want to make some improvements to the power and performance under the hood.

We know that the 10th-generation Comet Lake processors from Intel are now on the scene, and the Surface Book 3 may well come packing in a few of them. The Surface Book 2 uses 8th-gen chips so there should be a boost in terms of performance and efficiency.

We wouldn't expect the other specs to shift too much, though an upgrade to the on-board Nvidia graphics is likely to happen for the next model: two years is a long time in graphics technology.

Microsoft will undoubtedly want its new Surface Book 3 to be fully ready for the next-gen augmented reality and virtual reality headsets – maybe there will be a tie in with the latest HoloLens – so it's going to need a lot of power behind the scenes.

The detachable screen and "dynamic fulcrum hinge" are two of the key features of the Surface Book line, and it doesn't seem likely that Microsoft is going to ditch them for the launch of the Surface Book 3. In fact the new model will probably look a lot like the existing one, with the same 13.5-inch and 15-inch screen options.

Those displays might get a resolution upgrade though, or possibly a switch in aspect ratio, so that the increasing amount of 4K content coming out can be properly displayed. Keep an eye on laptops and 2-in-1s hitting the market from the likes of Dell and HP for more clues about what Microsoft might do.

With Microsoft positioning the Surface Books as professional machines, it's likely to keep as many ports on the laptop as it possibly can – there's little chance of the Surface Book 3 following the MacBook route that Apple has taken. However, the new model should now finally adopt the Thunderbolt 3/USB-C standard.