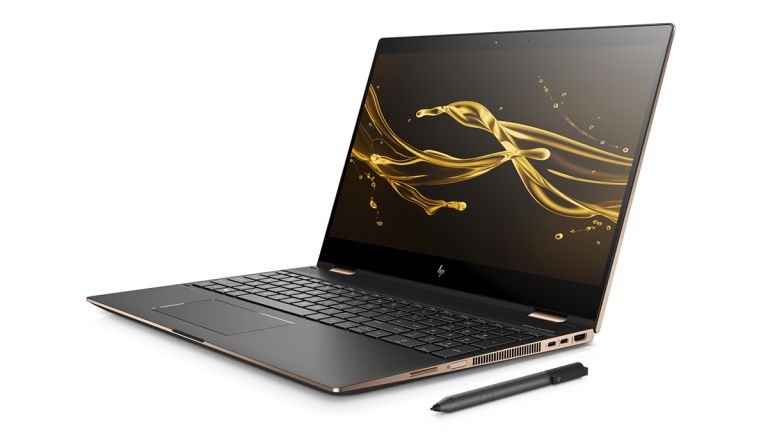 Sometimes you just want the best bit of hardware that money can buy, and courtesy of the CES 2018 tech expo we present to you the HP Spectre 15 x360, a powerhouse of a 2-in-1 that runs on a brand new Intel chip and looks pretty gorgeous too.

This isn't a completely new laptop, but it does have new internals, primarily Intel's new 8th generation Core processors with added AMD or Nvidia graphics oomph – the Radeon RX Vega M or GeForce MX 150 on board the chip should mean you get much better graphics performance out of your laptop, whether you're gaming or photo editing. Battery life tops out at 13.5 hours, HP says.

There's also a full number pad to the right of the keyboard to differentiate it from last year's model, and the 15.6-inch, 4K display gives you loads of room for working on your video editing projects or firing up your favourite spreadsheet. If you're just using office apps though, you can probably get away with something cheaper than this.

You still get the same 16GB of RAM as the previous models, with storage options that go all the way up to 2TB. The number of specialised Bang & Olufsen speakers on board is raised from three to four, so you can bang out the tunes while you're getting creative.

We also like the addition of a fingerprint sensor for some extra biometric security before you even get inside your laptop. If your MacBook Pro-owning friends have been showing off the Touch ID capabilities of the Touch Bar, this is how to get back at them.

The updated HP Spectre 15 x360 is very much for those who want a lot of power out of their convertible, foldable computer, even if it means adding a little bit of extra bulk and paying some extra money. The laptop is due to launch in March with a starting price of $1,369.99 in the US, with international pricing to come (that's roughly £1,010).

The HP Spectre line has consistently impressed us in the past so you can expect the new model to be up there as one of our favourite laptops of 2018, though we should reserve judgement until we've actually had a play around with it.