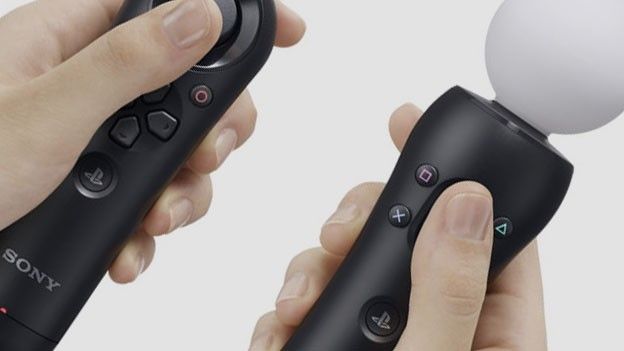 It's now officially up for grabs, but if you are still wondering whether you need some Move in your life, here's our ultimate guide to the PlayStation Move

The gaming hardcore now has its own Wii remote. Sony's futuristic Playstation 3 Move controller promises to bring super-accurate Motion gaming to the HD generation. It's not just for lovers of dancing, keep fit and party games.

Sony says the combination of the Playstation eye camera and Move's accelerometers and sensors allows for games that track what the player's doing at a level of detail “that just isn't possible elsewhere.” In racquet sport games move measures both the angle of your grip and the exact direction and speed of your swing and it's all replicated closely in the game.

The most exciting thing about PS3's take though is that it looks set to greatly develop the more “mature” strand of motion gaming On Wii – Resident Evil 4, Metroid, no more Heroes et al – with plenty of pixel-accurate shooters and fighting games promised. Developers also have the option to retrofit existing titles with move control. Hardcore games such as Heavy Rain, Killzone 3 and Gran Turismo 5 are all set to update with support for Move and don't be surprised to See Call of Duty, GTA 4 and FIFA 2011 follow. With a competitive price – you can pick Up a starter pack for £50 – and a much more enticing launch line-up than Kinect, Move could quickly become the front runner in the new generation of gaming devices.

“The way the Playstation Move works Is that it combines the camera tracking, as used In the Eyetoy, with tracking of motion sensors which are inside the controller.

“I don't think the Wii has cornered this market. The move is meant to be not just a casual device but something that our core audience will enjoy. “I also don't believe controller-less systems are necessarily better. I created the technology for Eyetoy which was a controller-less device. It was really neat and enabled new things but we also encountered limits and I think that's inevitable. You can do things like track the whole body but a lot of core gameplay ideas just weren't possible using only a camera.

“Microsoft uses a camera and Kinect has to track your whole body. It doesn't know what you look like to start with; it can only calibrate. We have a big advantage over that because on the Move controller we have this exactly known sphere of an exactly known colour to track.

“Not only do people have different opinions about motion control, people play differently. In A first-person shooter, if you have a move in your hand, it feels like you're holding a gun and so you feel more immersed and really don't want to die. It's funny that it changes your play style, even for people who haven't played before.”

“Move's Wii-esque features might have the new Sony system pegged by some as nothing more than a copy of the Nintendo hardware but such naysayers should hold their tongues and get a pair of Move controllers In their hands.

“Sure they may look similar to the Wii but Its accuracy is well in advance of any previous motion gaming device. Move instantly converts the tiniest deviation in hand placement into near-identical in-game movements. It's both stunningly realistic and a joy to use in all manner of games.

“The Move is also a perfect match for the PS3's new 3D capabilities. After a hands-on with some surprisingly detailed demo levels, I'd say these are a true breakthrough In interactive gaming. “I am confident that Move will emerge as the winner of the upcoming gaming war with Kinect. The only question is whether it can then overpower the until now all-conquering Wii.”

PlayStation Move games to look out for

For techies: Killzone 3
Less dark than Killzone 2, this epic fps for hardcore gamers, set in arctic landscapes, alien jungles, nuclear wastelands and space, will be the first game in the franchise to be presented in full, mouthwatering 3D.
Price: £40
Out February 2011

For film buffs: Heavy Rain: Move Edition
Use the left move controller to navigate dark, menacing landscapes and the main controller to look around for clues and such. The easier modes of this heavily plot-lead game are more gesture based.
Price: £35
Out October, demo available on PlayStation Store now

For golfers: Tiger Woods PGA Tour 11
Returning with its first ever simulation of the Ryder Cup, PGA Tour 11 allows you to play as one of 24 online golfers in a simulated tournament, with the Move controller accurately tracking your swing.
Price: £35
Out now

For smooth movers: Singstar: Dance
Two players sing along to a choice of tracks while a further two pick up the Move controllers and dance in the background like Jason and Howard out of Take That. Be warned: both arm movements and rhythm will be rated.
Price: £40
Out September

For fighters: The Fight: Lights Out
No holds are barred, so get your opponent in a headlock, elbow him or go ballistic with endless haymakers. Soul Caliber it's not, but it should still reward skill over sweat. blood also features prominently, as you see…
Price: £35
Out September