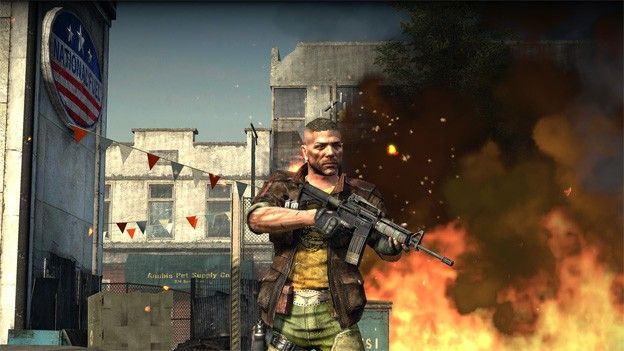 Take note, before entering unknown online territory where you leave yourself exposed to a world of both experienced and inexperienced gamers, here is T3's list of gaming dos and don'ts

Whether you plan to use the weekend to catch up on FIFA 12, get some game time on Gears of War 3, or hook up OnLive for some cloud gaming, chances are that some of your console action will be based in the online realms.

Before you enter the unknown, make sure you are prepared for what lies ahead with our n00bs' guide on the dos and don'ts of online gaming.

1. Enter games for your skill level

Gaming online with mates is far more fulfilling than playing with a bunch of randomlyassigned nobodies. But if you do have a good game with a stranger – ie: they're not a racist 11-year old more interested in singing the Black Eyed Peas down the microphone than playing the game properly – add them to your friends list so you can team up in the future.

Don't hide out near an area where dead opponents will “respawn” after being killed. Sure, you'll be well placed to massacre them, but everyone else in the game will justifiably hate you, and their payback will be somewhat of a bitch.

4. You're not in Kansas anymore

Online games are full of the sort of people who leave comments on YouTube. Either play only with friends or expect to run into time-wasters aplenty, plus casual racism, homophobia and anti-Semitism that would make Goebbels blush.

5. Don't give out personal info

It sounds obvious, but even that chap from Somerset who's been part of your clan for the past nine months shouldn't be trusted with your address and telephone number – yes, yes, we know he saved your life that time in the Caves of Felwood, but still…

6. Do get a surround sound system

There's no more degrading way to die in first person shooter games than to be snuck up on and thwacked in the back of the head with a rifle butt or war mace. Avoid embarrassing deaths by getting yourself a good surround sound system. If you can't run to one of those, decent headphones will do.

Successful assaults on well-defended dungeons, bases and what have you require careful preparation. If you're fighting as a team you need to be sure that everyone knows exactly what they're meant to be doing before you go into battle. Type “Leeroy Jenkins” into YouTube for an example of what happens when you don't stick to the plan. Don't be a Leeroy.

If you do have a Leeroy in your team you'll want to be able to voice your opinion of them; a headset allows you to do so in real time. It's also an essential tool for staying in contact with your teammates during the heat of battle. Also handy if you ever need to pretend to work in a call centre.

9. Do use a wired web connection

You can just hear the spectators: “The livewire winger's run rings around the defence… he's got the goal at his mercy.” “Yes, this looks certain to be a goal.” “But, wait… NO! The Wi-Fi's crashed. Looks like Melchester Rovers will be making an early exit from the Milk Cup.”

“Teabagging” involves felling a foe dead before standing over him and repeatedly switching between crouching and standing. It's unseemly.