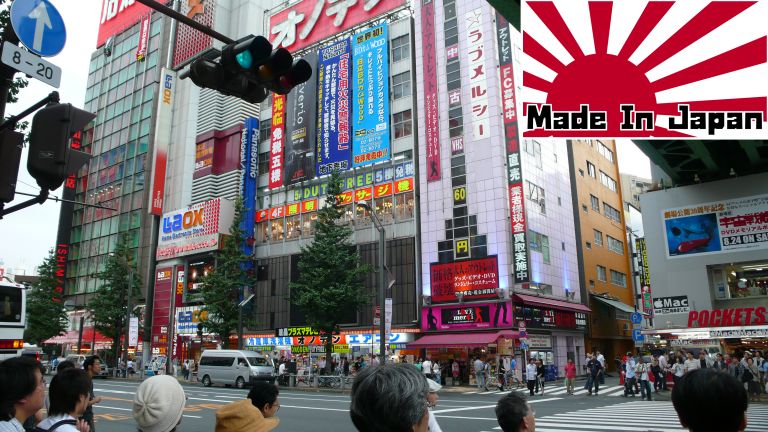 Following our last article about the truth about the retro gaming market in Japan we received many requests on how to reach the best retro gaming shops mentioned in the piece. This was not only because some of these places are not easy to find for people who don't speak fluent Japanese, but also because people wanted specific help in looking for specific console and/or games (ex: Nintendo or handhelds).

Indeed, many readers told us that they were heading out this summer on their holidays to visit these stores and, with the Tokyo Game show just around the corner, (if you missed our daily coverage from last year here are our Day 1, Day 2, and Day 3 reports), we thought we'd put together the ultimate retro game shop guide for Tokyo.

Logically we will not be able to list all of them (otherwise this feature would would become a bible), but we'll try to summarise and list the most famous, best and biggest stores so most of you guys will be able to find them easily, go there for what you really need and save time and money.

But let's start from the beginning: first you need to reach Akihabara!

As soon as you get to Tokyo ask for a 'Chikatetsu' map (i.e. subway). Akihabara in located in the north-east of Tokyo, so just three stops from Ueno (the central station of Tokyo), and four stops from the downtown represented by Ginza and the Imperial palace.

To reach Akihabara by subway won't be difficult because it is served by the public and the private (JR Yamanote) subway lines; logically the private ones will cost you a little bit more depending where you stay in Tokyo.

The subway ticket (named and spelled "Kippu") will vary in cost depending on how far your hotel/ryokan/guest house is from destination, as usually the cost of the ticket goes up by +130 yen (approx. 1 GBP) for every three metro stations travelled.

Keep always in mind that if you intend to go around the city the subway will be account for 30% of your daily expenses, especially if your hotel is not in the downtown.

When you arrive in Akihabara you will need to find the main street. To do this you just need to look for the historic first arcade centre of Sega (see the photo below) and then you'll know you are on the right spot.

It is the Mecca of any retro gamer.

It is located behind the 2nd Club Sega that is near the central traffic lights.

To enter the shop you'll need to get around the building and when you hear 8-bit music from the street you'll understand that you are in the right place. Look up when you hear the music and Super Potato's impressive PacMan and a Mario statues will be visible.

A second way to reach the shop is to go directly to the parallel of the main street, then proceed until you see the Kotobukiya official shop (a famous statue maker) on your left. The Super Potato building will be the next one after that on the left.

If you get lost simply nip into one of the numerous maid cafes littered around the area and you can just show them a picture of the Super Potato sign (even this one here on the article), and they'll direct you to the right spot in no time.

The Super Potato shop is located 3rd and 4th floor of the building it is located in.

On the fifth floor (even if it is not a real shop) there is a retro arcade centre with loads of old candy and cocktail cabs.

The prices at Super Potato are not cheap, but its range of goods is superb.

Since 1987 it has been the Mecca for otakus, mangakas and anime fans, especially the so called Retsuden Densetus robots (i.e. goldorak, Kotetsu Jeeg, Ussha Raideen, etc.), Trasformers G1 and Dragon Ball Stuff.

This retro game store is located only on the sixth floor of its noticeable black building, which can be found just after the second set of traffic lights (coming from the JR Line) and behind the Sofmap building.

You'll know when you see the building as it is the only one in the area that is totally black, with people running down and up the stairs constantly.

As we noted in the previous article, on each floor on Mandarake there are different departments.

Here you'll find probably the largest collection of retro goods out of all the shops, with products ranging from handhelds to consoles and home computer games. Prices are in line with the market, and to be more precise in the middle (not too high nor not too cheap), and the quantity and variety of games you'll find is impressive.

Games for EVERY single system are available, as too magazines, Mooks, LaserDiscs, CDs, and merchandise.

Indeed, it was in Mandarake that we recently spotted a real rare "Space Slalom" for the Sega SG-1000 at 120,000 yen (around $1100/ £830 GBP). Not cheap for sure, but a very rare item and here was the only place where we could have it, so keep that in mind if you are currently in the market for one.

One of the more recent retro game chains to have arrived in Akihabara (around the end of the 2000s), Retro Game Camp is now so popular that the company has just opened a second store called The Dungeon opposite it (see below).

In Retro Game Camp you'll be able to find everything related to the Super Famicom, Gameboy, Saturn, NEC's PC Engine, Megadrive and Dreamcast.

Prices are a little bit expensive but the quality is good.

About consoles, there were the PS2's Aqua limited version and the rare first Japanese 10000 edition (the one built with heavier components and with the DVD region code only on the memory, so avoidable).

Simply put, a must visit if you happen to be in Akihabara, and being on the main street that is super easy.

This place is a little bit hidden compared to the main Rertrocamp shop (they are part of the same company).

Basically it is just on the opposite side of the road, but under the level of the street, so what they call 'Basement -1' in Japan.

The entrance isn't particularly prominent, however, you'll hear gaming music and see a door with stairs leading downwards. And while we're talking about the stairs...

!!Be careful about the stairs!!

In Japan (especially if you have to go down) the steps are really small (according to the normal size of Japanese feet) so it is very easy to fall if you are not used to using them. Don't break your neck before you get chance to peruse The Dungeon's goods!

As soon as you are inside you will find the second part of this interesting retro game shop. Here you will find more peripherals and games compared to the first shop - in particular I found the rare first Japanese Mega CD version boxed, as well as some limited versions of Nintendo's DSI.

Prices were a little bit higher compared to others, and the conditions of some items were just good but not perfect, but if you are after something specific then this should definitely be a check in.

We continue next week. Until then.. Mata ne.