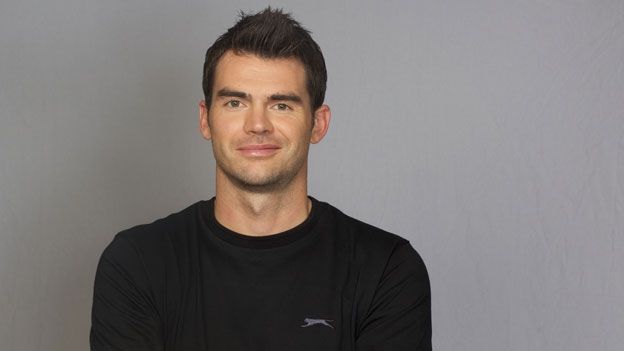 England take on Sri Lanka in the decisive final test in the early hours of the morning, so to help you get in the mood for the final test we quizzed Jimmy Anderson about the DRS system, Twitter and whether we will ever see a Jimmy Anderson cricket game...

Coach Andy Flower would never single out one player as the reason for England's placing as the number one test side in the world, but if Alastair Cook was the star with the bat, the 'King of Swing' was the man to turn to when it came to taking the wickets at the other end.

Since the turn of the year the England frontline bowler has been to the UAE to take on Pakistan and then onto Sri Lanka in what has proved to be two tough away tours. Despite his hectic schedule, Jimmy found some time to let T3 into his gadget life.

Having spoken to Alastair Cook last year, he mentioned that Andrew Strauss was the first to buy an iPad and is generally the first to buy the newest kit. Do you try to stay up to date with the latest tech?

I do try and stay up with the latest tech. The important things for me, especially on tour, are music, films and TV shows so I'm currently enjoying Apple's iCloud. Being able to access all my media on all my devices (Mac, iPad, iPhone) so readily is really useful. I also try and keep up with new gadgets. The lads on tour always want to be the first to get the latest 'must have' gadget.

I imagine while you have been away in the scorching UAE and Sri Lanka you have had to spend some decent time in your hotel. What are the essential gadgets you always take away with you to keep you occupied?

As well as the above, the Xbox is a key accessory. We spend quite a bit of time in each others room playing CoD, Fifa12 and F1. Pretty much any good multiplayer game! For the long coach journeys we often have, headphones are essential. Some of the nonsense that gets spoken on there needs blocking out from time to time and my Beats by Dre do the job. The other thing I never go on tour without is a good camera. I have captured so many great moments from my career both on and off the field so it's a must have for me.

Do you have any apps on your iPad or smartphone you simply can't live without?

Twitter is an app that gets a lot of use. Social networking has become a large part of people's lives and I'm not different. Most of the guys use Twitter regularly. I also like to keep up to date with the news from around the world so those sorts of apps are useful.

Having had a peek at your iPad home screen you appear to have a lot of fashion apps on there. Who in the England dressing room could do with a few fashion tips?

Andrew Strauss and Kevin Pietersen need fashion tips. Both for very different reasons. Strauss needs to realise that jeans and running shoes don't mix and KP tries too hard. As you can imagine there is a lot of ribbing that goes on tour about this sort of thing so I have these apps to try and stay one step ahead!

Stick Cricket aside, do you have any more iPad or smartphone games that are as addictive?

Temple Run seems to be a game being played at the moment among the younger members of the team. The older guys are in to the Countdown game!

I know you are a big darts fan, but do you get into much console gaming on tour?

The Xbox does get a lot of use on tour. Usually a few of the guys bring projectors. It makes it easier to play four player CoD with a 90-inch screen!

We reckon there hasn't been a really a great cricket game since Brian Lara Cricket. Have you ever thought of launching a James Anderson cricket game?

Having seen other sports games done so well (F1 and Fifa in particular), it is frustrating not to see a quality cricket game out there. I'd love to launch a Jimmy Anderson cricket but I might have to wait a few more years and get a few more wickets before that's a possibility!

Why do you think technology like Hawkeye which has been prevalent in cricket for some time, is taking a lot longer to be considered for other sports, specifically football?

I can't understand why technology is taking so long to come into other sports like football. I think we've seen in cricket and tennis that it can actually create extra drama at times and, more importantly, you get the correct decision.

The DRS system is continually coming under the spotlight. From a bowling perspective do you believe its introduction has been a positive thing for the game?

I think DRS has been a positive move for cricket but I can't help thinking it still needs tweaking. I also think the cricketers that use and have experienced it should give feedback on it. But it's the ICC that have the final say on this sort of thing and as players we have to respect that and just go out there and play.

Would you like to see no technology at all involved in the officiating side of the game?

As I said I would like to see the DRS tweaked slightly and the reason for this is that there is less room for human error. I think one of the things that makes sport great is human error with both player and official.

You, Graeme Swann and Stuart Broad are among the big tweeters in the team. How much of a fan of Twitter are you?

I think Twitter is a really good tool to bring the fans closer to our dressing room. Hopefully some of what we tweet will be interesting and give people an insight into life on tour.

Do you think there are more positives than negatives having players on social networking sites?

I think if it's used correctly then the positives outweigh the negatives. But we have seen a few instances when it has caused a few problems, giving away team selection, etc.