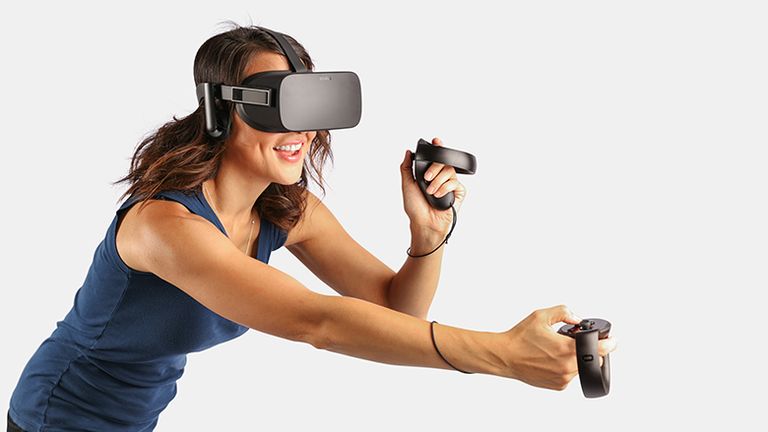 As well as its Santa Cruz prototype and Touch controllers, Oculus also gave us an insight into the future of VR at its event last night.

Facebook announced Oculus Avatars, that let you customize your identity within VR with more than one billion permutations. Avatars will be available for Rift when Oculus Touch is launched and for mobile in early 2017.

Oculus - which to give it its full title is now Oculus by Facebook - also talked about the super-cool Asynchronous Spacewarp (ASW), a technique that allows a game to run at half framerate and look nearly as good as native 90hz rendering. That means Oculus also has a new minimum spec with lower CPU and GPU requirements.

Oculus Rooms are places where you can meet up with your friends in VR. You can watch a film together, chat or launch the same app simultaneously.

Oculus Parties are like Google Hangouts on steroids and let you start a voice call with up to eight people from anywhere in VR. Just access the Home or Universal Menu, and with a few taps you're connected.

Oculus also says it is increasing its investment in VR content to the tune of $250M invested already and a commitment to spend $250M more to jumpstart the VR content ecosystem. Sounds like a lot of cash to us. Touch titles coming to Oculus Rift next year:

We also committed to continue pushing the VR ecosystem forward across all forms of entertainment and education. Oculus is also collaborating Walt Disney to create a series of VR vignettes based on the Blade Runner sequel and even training astronauts in VR with NASA.

There are also some cool new VR 'experiences' coming to Oculus

Now check out: Google Daydream View: what it's like to use the new Pixel-powered VR handset