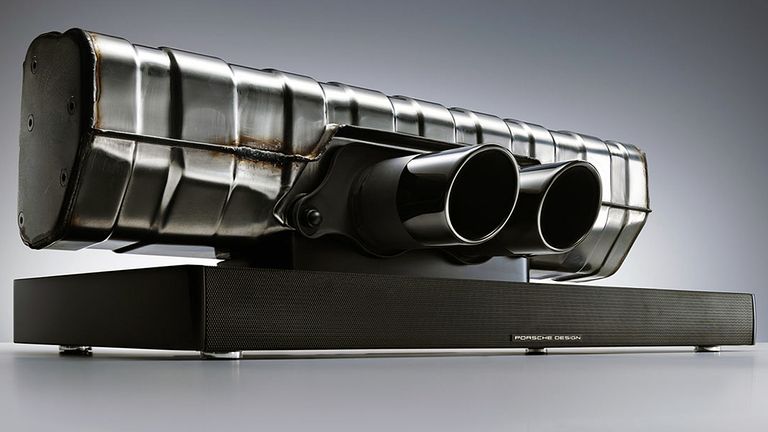 It's the friend who won't stop talking about Formula 1. The relative who can name every Volkswagen Golf derivative ever produced. The office secret Santa designee who gets up early on a Sunday morning to enjoy the 'open road'.

Petrol courses through their veins, the thrum of a V12 engine is their soundtrack and the smell of burnt rubber is the cologne of choice. But what exactly do you gift someone who prays at the altar of Stig this Christmas?

Fret not, because we've collated the best gifts for motorists, petrolheads, four-wheel fiends and car-likey men this festive season.

So don't be 'idle'. Get 'in gear', open your shopping website of choice while 'clutch'-ing your credit card, and order some car-related stuff. If not, your petrolhead loved one might 'throttle' you. Ho ho!

The pressies are in descending order of priciness. Scroll down, if you're a cheapskate.

What better way to prove you 'totally get' cars and have more money than sense than investing in a miniature classic that costs as much as a new, full-size Ford Fiesta?

These amazing, yet diminutive, creations feature a 110cc air-cooled 4-stroke engine, which is capable of propelling the car to speeds of up to 45mph. Of course, they can be restricted for younger drivers but despite appearances, this isn't a toy. It's a handcrafted, motorised thing of beauty.

If the family won't allow the sound of a Porsche 911 GT3 to be piped into the living room, maybe they'll put up with the next best thing: a high-end 2.1 virtual surround sound system with an integrated subwoofer, which is fashioned from an original rear silencer and twin exhaust module from said sports car.

I mean, really, what reasonable spouse could possibly object to having the rear end of a car parked under the telly?

It's not cheap but it packs one hell of a sonic punch.

Fans of fire-breathing machinery can now pop down to Mercedes-Benz World in Weybridge and wrestle with the potent 4.0-litre Biturbo V8 engine in an AMG GT sports car. The package sees an hour spent learning the twists and turns of the Handling Circuit, as well as kicking the tail out on a low friction surface. It's sure to get hairs standing on end and there's even an option to film the whole shebang for an additional £30.

Celebrate the life of F1's most loveable rogue, James Hunt, and his Hesketh team.

They captured the imagination of any racing fan in the 1970s, with both their on-track exploits and their love of Champagne and shenanigans.

The watch features various knowing nods, such as the Hesketh team mascot, Hunt's racing number and the Union Jack in the neat chrono windows.

The Photochromic lenses in a pair of Serengeti shades are designed with drivers in mind. The hand-tooled glass subtly adapts to light conditions, while Spectral Control and Polarisation further manage rays, making for a sharper image out of the windscreen.

More importantly, they also have some top-notch frame designs to boot.

• Try the best sports sunglasses on for size

Do you know someone who spends an unhealthy time behind the wheel of an older machine? The chances are, their infotainment system isn't up to scratch, but giving them the gift of DAB radio and hands-free calling is now easier than ever.

The Pure Highway 600 links up with most existing systems and allows drivers to listen to hundreds of DAB radio stations, stream Spotify and MP3s and answer calls, hands-free, without any major installation work.

The curiously-named co-pilot plugs into a car's on-board diagnostics port, then links up with an app to give the user feedback on their driving style - "you're braking too hard!" "Not this way, the other way!" "Forget it! Let me drive," etc. You also got advanced car data and the opportunity to compete with friends (or foes) on various driving metrics.

Think of it as a Fitbit for your car.

The official line says, "Infinite Rush has been designed for men who wish to push their boundaries," but we say it's a decent smell in a handsome bottle that's embossed with the famous winged logo.

Of course, it won't fool folk into thinking you're a Continental GT, or even that you own one, but it should at least help cover up the whiff of brake cleaner.

Enjoy a coffee on the road and maybe save the planet at the same time, with one of smartest reusable cups around.

This bad boy features integrated CafePay technology, which allows users to top up credit via an app and then use contactless payment to purchase their beverage of choice.

Simply tap the top of the cup on a compatible reader and pull away, preferably while doing a big burnout.

Smart Polish Pro is a wash and wax formula which lifts dirt and grime away from your car's body, without using any water. "Witchcraft!" we hear you scream, "That'll scratch the paintwork".

Well, it doesn't - the formula uses an emulsification process developed by chemists to break down the dirt. I've tested it on my own car and it works miracles, it's both easier and more environmentally friendly than cleaning with a hose.

Perfect for the partner who likes to keep their whip dealership fresh, and thanks to the stylish branding it's the perfect stocking filler. One 500ml bottle will wash an average sized car 6-8 times.

Give your petrol-loving family member a gentle reminder that he or she needs to give the machine a good polish with this ace, retro-inspired cleaning kit.

It comes in a vintage oil can and features a micro-fibre mitt for buffing metal surfaces, an ice scraper and some period design air fresheners.

At this price point, it's also perfect secret Santa fodder.