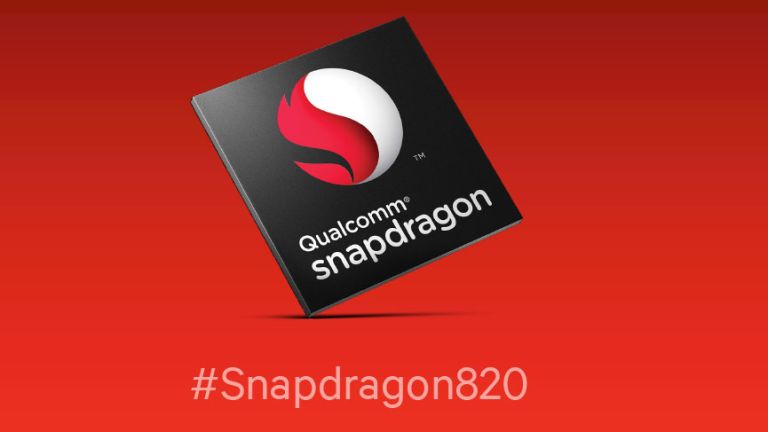 Flagship smartphones in 2016 will arrive with loads of new features, and thanks to the launch of the Qualcomm Snapdragon 820 chip we now know what some of those features will be.

The first Snapdragon 820-toting smartphones are due to arrive during the first three months of 2016, and we've got five reasons why it's worth checking them out.

You can expect high-end handsets to pack in 4K displays in 2016. We already have the Sony Xperia Z5 Premium and the Snapdragon 820 allows for even better visuals - perfect for the close up nature of virtual reality (VR) which needs to lure you in and trick you into thinking you're in the real world, rather than the digital one.

Visuals are just half the battle though, as audio is also extremely important in creating an immersive VR experience. Thankfully this also gets covered with the Snapdragon 820 thanks to 3D Audio, which provides a perceived multi-channel surround sound experience through any set of headphones.

The screen and audio technology combined creates an extremely strong VR offering on your smartphone - grab yourself a set of headphones, and a Google Cardboard or Samsung Gear VR and jump in!

Low light photography is the most challenging aspect for smartphone cameras, with many struggling to suck in enough light and reproduce the right amount of detail for a clear, clean shot.

Qualcomm's made significant improvements in its ISP (image signal processor) on the Snapdragon 820, as well as introducing Heterogeneous Signal Processing which allows the phone to improve shots block by block to provide a result which matches what you see with your eye.

That means you'll get true-to-life low light shots, which are free of noise and high in detail, resulting in DSLR quality photos.

Smartphones featuring the Snapdragon 820 will also be more secure, thanks to the presence of Smart Protect.

Smart Protect scans all the apps on your smartphone for any type of malware, and will flag potential issues to you. You can then easily remove dangerous applications from your phone, ensuring your personal data stays safe.

The 820 supports the latest variants of LTE and Wi-Fi, allowing handsets to take advantage of some seriously fast data speeds.

It means downloading apps, games and movies will take seconds, allowing you to get on with what you want to do, rather than waiting around for your phone to catch up.

5. Hold it any way you want

Qualcomm's also managed to eradicate the "smartphone death grip" with its TruSignal Antenna Boost built into the Snapdragon 820.

This lets you hold your shiny new smartphone in whatever way you want, without it having a negative effect on signal because your hand is covering an antenna.

It also helps improve signal it areas where it is poor, resulting in crystal clear audio on calls and a solid data connection. No more standing on tip toes in the corner of the room, holding your phone in the air as you desperately search for more than one bar of signal.