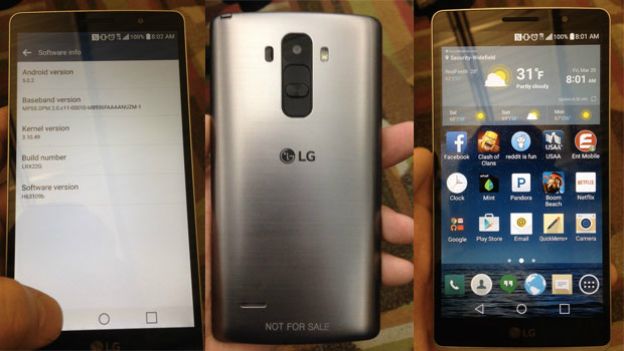 A series of alleged LG G4 images have surfaced online, giving us our first potential look at the next version of the flagship smartphone.

We hadn't heard about the LG G4 in a while, since it was omitted from Mobile World Congress 2015. Then out of nowhere yesterday, some alleged snaps of the upcoming handset crop up online.

The new leak via Imgur offers a potential insight into the LG G3 successor, with shots of its front and back.

Overall it looks very similar to its predecessor, retaining the metal uni-body and volume and power keys on the back, just below the primary camera and LED flash.

There's also what looks to be a Galaxy Note 4-esque stylus in the top-left of the back, or it could be a pull-out antenna for Korean markets – we'll have to wait and see.

One thing that LG appears to have ditched is the curved back that featured on the original. Although, do take these photos with a pinch of salt until LG release an official image, as this could be a misleading prototype from the production line.

From the snaps of the G4's screen in action, it looks clear the handset will run the latest Android 5.0.2 Lollipop OS.

We've heard the LG G4 will launch sometime this summer, although another rumour claims it will get a late April release.

Either way, the LG G4 will compete against the iPhone 6, Samsung Galaxy S6 and the HTC One M9.