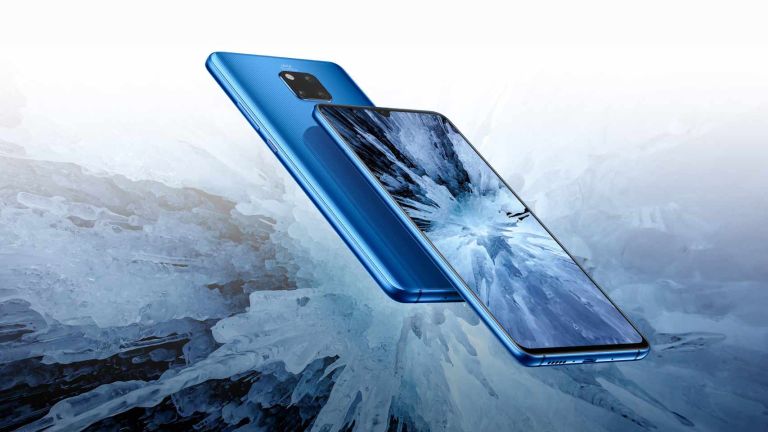 Huawei will unveil a 5G-enabled flagship smartphone later this week, according to TechRadar. The new handset, which will take advantage of the next-generation mobile network with faster speeds and lower latency set to roll-out across a number of UK cities this summer, will debut on May 16, 2019.

The company has mailed out invitations to a launch event in London to announce the new 5G-enabled handset.

Unfortunately, Huawei hasn't confirmed which smartphone model will be given the 5G treatment later this week. However it seems very likely we're going to see a 5G version of the Mate 20 X. The existing, plain ol' 4G-boasting Mate 20 X launched alongside the platinum award-winning Huawei Mate 20 Pro and the rest of the Mate 20 series late last year.

Until recently, the only 5G-enabled handset announced by Huawei was its foldable Mate X, which is scheduled to launch sometime later this summer. Given that the Mate X starts from €2,299 (roughly £2,000 or $2,600 converted) it's not going to be cheap for Huawei fans to take advantage of the improvements offered by 5G.

Thankfully, the forthcoming Huawei Mate 20 X 5G, which went on-sale on 5G networks in Switzerland earlier this month, should be a much more affordable proposition for consumers. At launch, the Mate 20 X cost £799.99, although that price has dropped in the last few months, with retailers like John Lewis and Amazon UK now offering the handset with £100 off that RRP.

If you're unfamiliar, the Huawei Mate 20 X boasts a 7.2-inch OLED display with a teardrop-esque notch design to house the front-facing camera and ambient light and proximity sensors. It's powered by 6GB of RAM and 128GB of in-built storage, which can be expanded up to 256GB using Huawei's propriety nano-memory cards.

On the back, there's a triple-camera that combines a 40MP wide angle lens, a 20MP ultra-wide lens and a 8MP telephoto with AI Image stabilisation. There's a 3.5mm headphone port, and USB-C to handle syncing and charging – if you're the sort of person who still syncs your devices the old fashioned way with a wire. Finally, there's also a 5,000mAh battery cell, which will likely come in handy with the introduction of 5G support, which is purportedly a little more power hungry than 4G.

Interestingly, many watchers had anticipated that the forthcoming Huawei Mate 30 would be the first in the productivity-focused range to include 5G network support. While it's certainly possible that Huawei could use the event this week to unveil its brand-new Mate 30 smartphones it seems very unlikely. The Mate series typically launches later in the year, sometime around September or October.

The cryptic invite from Huawei for the May 16, 2019 launch event states only that it will "celebrate the launch of Huawei’s first 5G smartphone", so there's no pun-based hint about which model we're going to see. As always, T3 will have all of the latest news from the event this week, so stay tuned.