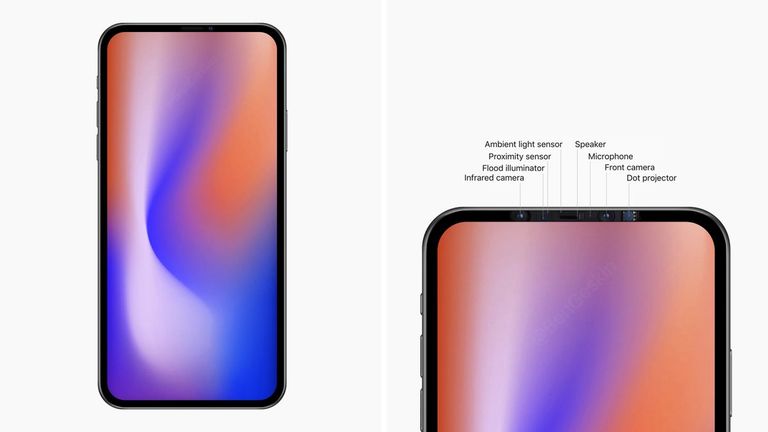 The Apple iPhone 12 could come with a 6.7-inch Super Retina XDR OLED screen that occupies almost the entire front of the handset – uninterrupted by a so-called 'notch'.

Instead, the company has found a way to integrate the front-facing camera and all of the various other components required to make its Face ID system fit into the wafer-thin bezel at the top of the device (similar to the Samsung Galaxy S10), according to a concept dreamed up by designer Benjamin Geskin, based on information he received about a prototype the tech titan is experimenting with.

This matches up with renowned analyst Ming-Chi Kuo's prediction that Apple's next iPhone will feature a slightly different design to that of the iPhone XS and iPhone 11. In fact, Kuo has reason to believe (as Geskin visualised in the above render) that the company's 2020 model will adopt a boxier look that's more in line with what we saw on the iPhone 4 and iPhone 4S.

It should also benefit from the addition of tri-camera, borrowed from the iPhone 11 Pro – while the higher-end iPhone 12 Pro and iPhone 12 Pro Max may come with an all-new quad-camera à la Huawei Mate 30 Pro.

The iPhone 11 has a dual-camera.

Calls:
to the US, Canada & Mexico
Texts:
Nationwide & International Text to over 200 countries in the world
View
at
Verizon Wireless
We check over 130 million products every day for the best prices
View All Deals
powered by