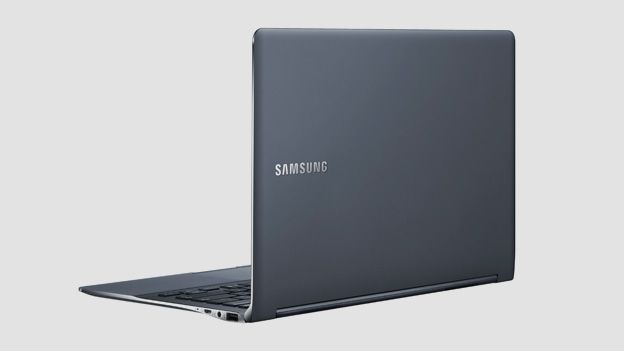 The Samsung Series 9 isn't an official Ultrabook but with its wafer-thin chassis and fantastic build quality, it's more desirable than any of its ultra-slim competitors

It's been an exciting year for ultraportables, with Intel backed Ultrabooks such as the Asus Zenbook UX31, Dell XPS 13 and the Acer Aspire S3 grabbing the headlines.

Despite making its own Ultrabook, the Series 5, the release of the world's thinnest laptop, the Samsung Series 9 900X3B shows that the brand has saved the best for itself.

The main feature of the Samsung Series 9 isn't what's under the hood, it's how this stunning laptop looks.

The Series 9 weighs just 1.2KG, making it lighter than the MacBook Air, and thinner too. It's impossibly strong, and there's zero flex in any part of the lid and keyboard.

Inside there's an Intel Core i5 2467M processor which provides plenty of grunt for multitasking and running your applications, and there's no reason why the Samsung can't be used as a primary machine.

There's also by 4GB of RAM and a 128GB SSD drive that is standard for Ultrabooks and ultraportables. This massively boosts performance, and the Series 9 wakes from sleep in a blink of an eye.

There's no dedicated graphics, and rendering performance is handled by that Sandy Bridge Intel chip.

High definition video is no problem for the Samsung, but forget games, the integrated graphics delivered a puny score in our tests, and this is a mark against the Series 9's name.

We found the Series 9's screen to be excellent, and with a 1600x900 resolution at 13 inches, it's certainly one of the best matte displays you'll find.

By dispensing with the visually enhancing glossy TFT coating, it won't be rendered useless in direct sunlight, but remains pin sharp and super bright.

Movies looked great, with vibrant colours, although blacks weren't as dark as other dedicated media laptops. We'd recommend it for anyone who travels a lot, or just likes to catch up with TV shows in bed.

The Samsung Series 9 offered mixed results in our lab tests. The processor tests showed the power of the Intel Core i5 processor, and it stands shoulder to shoulder with bigger, uglier Ultrabooks.

You can easily edit pictures and multitask your favourite programs without testing the limits of the chip.

However, the graphic benchmarks show how much has been sacrificed in the name of size. There's enough power on-board to keep a HD movie smooth and seamlessly, and use programs like Photoshop Elements if you don't want to get too technical.

Our battery stress tests produced the most worrying score, and for a laptop that's so light and portable, the Series 9 isn't blessed with enviable longevity.

The Series 9 lasted 172 minutes- little under 3 hours- that equates to 5 hours of light use. To put the results in context the Asus Zenbook UX31 scored a whopping 234 minutes, and the MacBook Air 205 minutes under the same conditions.

There's no doubt that the Samsung Series 9 900X3B is a portable PC which will appeal more to style conscious web surfers than power hungry power users.

Not since the MacBook Air have we seen a laptop that's so easy to love, and so easy to covet. The Series 9 packs in desirability and quality engineering to a degree that few manufacturers have been able to match.

There are shortcomings, and the mediocre battery life, and woeful graphics performance are a direct casualty of a size-zero arms race, to make this the thinnest laptop possible.

Like the MacBook Air, however, we can forgive the Series 9 these shortcomings. It's a slick product, and the root of our affections extend beyond lab tests and number crunching.