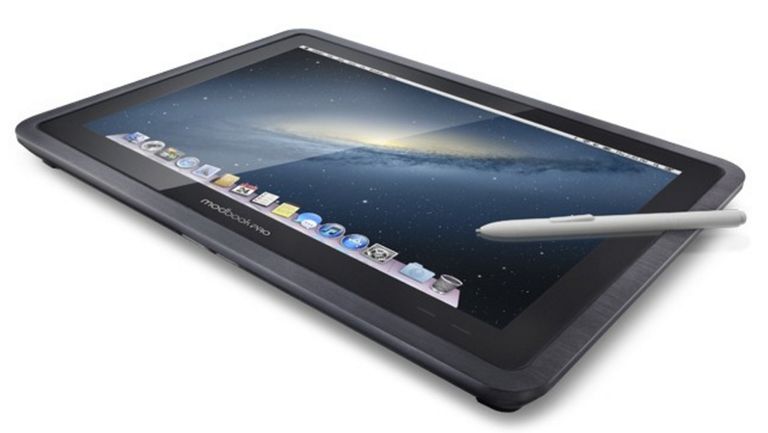 Forget Apple's iPad Pro, the makers of the Modbook Pro want to tempt you with a tablet running full OS X.

Yes, the iPad Pro is all well and good, and might pack sufficiently powerful hardware to make it a laptop replacement, but there's no escaping the fact that it still runs iOS – which certainly has limitations compared to a desktop OS in terms of multitasking (and many other facets).

But the Modbook Pro, which has actually been around for a few years, is made by a third-party outfit in LA, and lets you mix OS X and the slate form factor in one big cake and eat it.

Okay, so how is this thing made? Basically, Modbook takes a 13-inch MacBook Pro, tears it apart, takes a slate chassis and uses all these bits to fashion a MacBook tablet, as it were.

As you might imagine, this involves some compromises of its own, and to be able to fit the MacBook components into a slate, the resulting tablet is an inch thick (and as a result, we're betting it probably gave Tim Cook a heart attack the first time he saw it).

Of course, the Modbook Pro is still portable enough, and it boasts a Wacom pen tablet digitiser which can detect 1024 different levels of pressure – the device is really aimed at serious artist and designer types. (The pen has a digital eraser, and two programmable buttons on the side).

And rather than OS X, you can plump for Windows as the OS, or indeed you can opt for a dual-boot installation with both operating systems on board.

A Modbook Pro X is also in the works, offering a larger 15.4-inch Retina Display and configurable with up to 32GB of RAM and 2TB of PCIe flash storage. That beast should ship before the year is out.

Also check out: iPad Pro review: by far the best tablet Apple's ever made