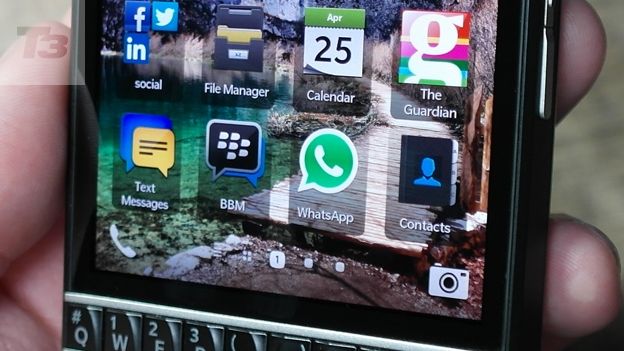 Whatsapp is now available on the BlackBerry Q10 just days before the QWERTY keyboard-equipped smartphone gets its UK launch exclusively at Selfridges.

The Q10 is the first BlackBerry 10 smartphone with a full QWERTY keyboard and marks a return to BlackBerry's old stomping ground of releasing smartphones with physical keyboards.

Because it features a smaller 3.1-inch 720x720 OLED screen, developers have had to make sure their apps which currently work on the BlackBerry Z10 also function on its smaller sibling, the Q10.

Whatsapp was soon joined by Skype preview which will let users instant message and carry out video calls on the Q10's 2MP front-facing camera, directly competing with BlackBerry's own BBM Video.

At present Whatsapp on the Q10 is a fairly simple affair with features including group chats, and the ability to send attachments however many of the customisation options which can be found on the iPhone and Android version have yet to arrive.

The BlackBerry Q10 is due to land some time next week and will be available SIM-Free for the princly sum of £579.95.