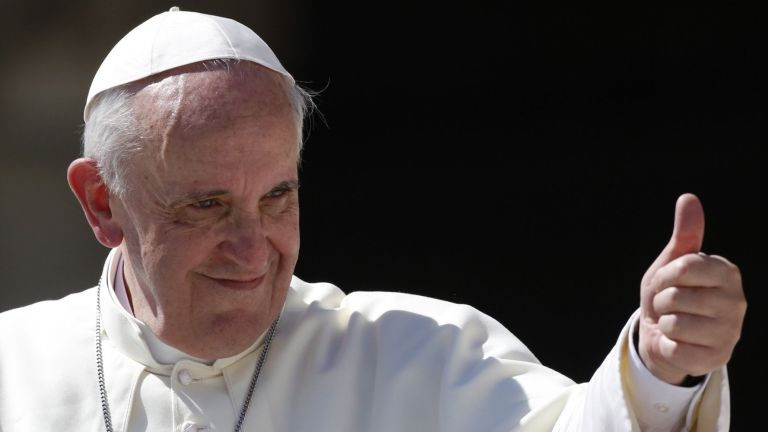 Pope Francis is the most tech-savvy pontiff yet – he's on Twitter and he used to have an iPad. But he's still the Pope, so he can't be seen to enjoy anything too much.

But he's still the Pope, so he can't be seen to enjoy anything too much. He went on a rant recently, condemning the evils of technology and the dangers of using it too much. Take heed, this is how you should be using your tech.

As Vatican radio reports, while aboard the papal plane, the Pope was asked how much time people should spend online and watching TV. "There are two different elements here: method and content," he replied. "Regarding the method or way of doing things, there is one that is bad for the soul and that is being too attached to the computer." He added that, "It makes you a slave to your computer", and that it was tantamount to "a psychological illness".

Internet addiction is a real thing, but we're not sure the Pope is best placed to warn of its dangers.

But it's not just how long you spend on your computer that's bad for you. You could also be looking at the wrong websites.

"There is a lot of filth that ranges from pornography to semi-pornographic content, to programs that are empty, devoid of values," he said.

It wasn't all doom and gloom. He praised parents who were "very worried and don't let their children have computers in their bedroom but in a common place". Though he added that when children were glued to their phones at a family meal, it was like they were "in another world".