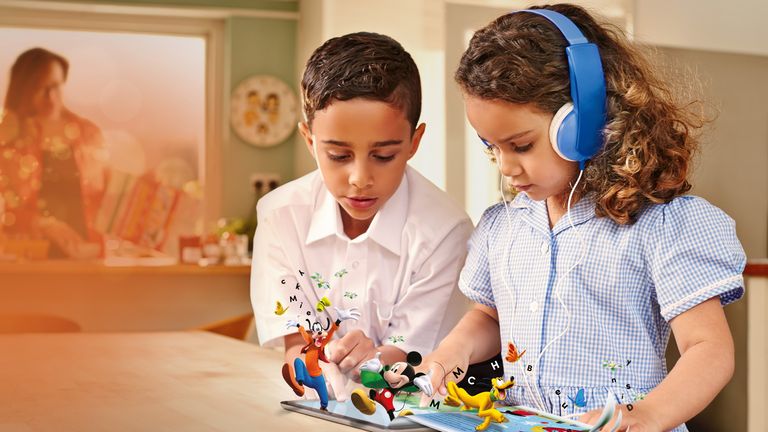 There's probably not enough Disney in your life right now. Where are the fairy tales, where are the talking animals, the adventurous toys? Well, they're all on DisneyLife, the huge new streaming service from Disney.

Launching first in the UK today, the new service is available on iOS and Android platforms as a mobile-first service. Like pretty much any other app of consequence then you're unlikely to find it on the Android TV store…

But that doesn't mean you're restricted to the small screen of your tablet though.

DisneyLife may have been designed to exist largely on a mobile device, but its epic streaming goodness is eminently castable to your Chromecast or via AirPlay to your Apple TV. And it's not just about the mass of Disney movies and TV shows it has made available either - there's also a wealth of streamable music and downloadable books too.

It's this extra, non-video content which separates it from the dedicated kids sections of the Netflix and Amazon Prime streaming giants.

Similarly separating it is the fact the default £9.99 per month, contract-free, subscription exists as a family account as standard. That means from a single subscription you can have a full six profiles all accessing content simultaneously.

Each with their own Disney character avatar.

And each of those profiles can have their own parental controls attached too, giving you the option to restrict the available content both around a specific age as well as letting you set usage limits.

Unlike Netflix though you have the option to download content to your device so you can continue to use DisneyLife offline too.

While it is restricted to the amount of space you have available it does mean on long trips you can keep the Frozen sing-along going all the way.

Sadly it's currently restricted to UK networks for streaming and downloading. So even if you do connect when you're abroad on holiday you're not going to be able to use the online service in foreign climes.

DisneyLife can be picked up from the iOS and Android app stores, as well as from the website direct.