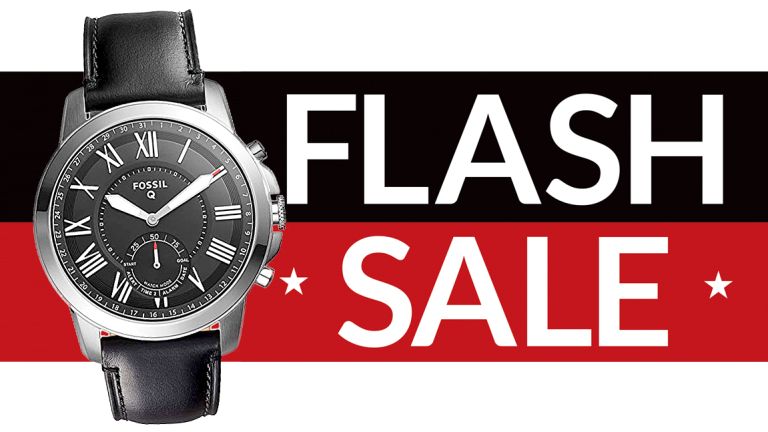 Amazon has unleashed a torrent of new deals ahead of Christmas, and those looking to snag a new Fossil smartwatch are in for a real treat.

The Fossil-branded hybrid smartwatch, which ships with a black leather strap, has a 44mm case size and a six-month battery life. It connects to an iOS and Android smartphone via Bluetooth 4.1 low energy.

Amazon has slashed the price from £159 down to £66 – a saving of 58%. The Fossil hybrid smartwatch is part of the Deal Of The Day, so it will all be over by midnight tonight. If you're hoping to unwrap of these timepieces underneath your tree on December 25th, you'd better add it to your basket sooner rather than later.

Fossil Hybrid Smartwatch | Now £66, was £159 (saving 58%)
Amazon is offering a serious discount on this hybrid timepiece. If you're looking for some smart capabilities on your wrist, but don't like the all-screen design of rival smartwatches from Apple and Fitbit, then this hybrid concept is a solid compromise.
Deal ends midnight December 14, 2018 View Deal

As a hybrid device, the Fossil-branded smartwatch has a number of ways to ping you notifications you about what is happening on your iOS and Android handset. For example, the Fossil companion app lets you assign a number to your favourite contacts and apps, so that when you receive a call, text or app notification, both hands on the timepiece will move to that number and you’ll be alerted with a gentle buzz on your hybrid. So, when you look down at your buzzing watch and see both physical hands move to the number 2, you'll know that mum is calling, for example.

You can assign functionality to the physical buttons on the watch, like skipping songs that are currently playing on your smartphone, or toggling mute on your device.