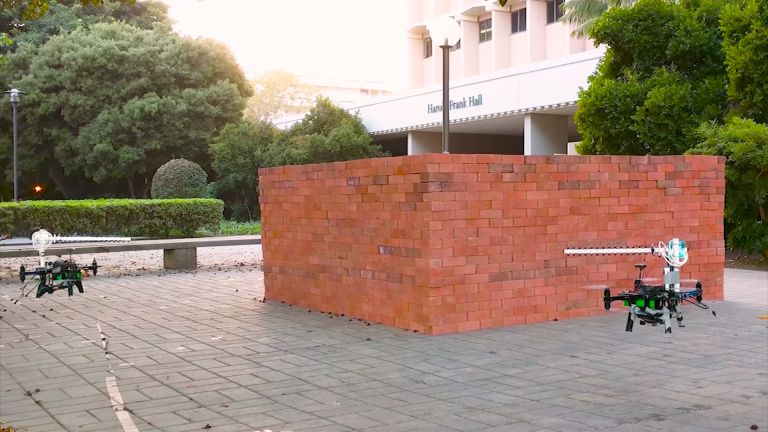 New drone tech has been shown off that would be ideal in situations like the Grenfell Tower fire where it’s too dangerous for humans to go inside. That’s thanks to these drones being able to see through walls.

Created by researcher at the Mostofi Lab at UC Santa Barbara, this system uses two drones, Wi-FI and a whole lot of algorithms to map what’s behind solid walls with the result of a 3D image.

One drone sends the WI-FI signal and the other drone receives. The maths is the part that can work out all the variables to result in a clearer image of what’s inside.

Make no mistake, this isn’t a picture of clarity, but it’s progress. Solid objects and their shapes can be seen accurately. In situations like the Grenfell Tower fire, where the flames have made the building unsafe to enter, these drones could potentially fly around scanning rooms to allow for faster detection of people. This tech could also be used for archaeological research.

When this becomes a reality available to emergency services is another matter. Here’s hoping this gets upgraded from research to reality in the near future.