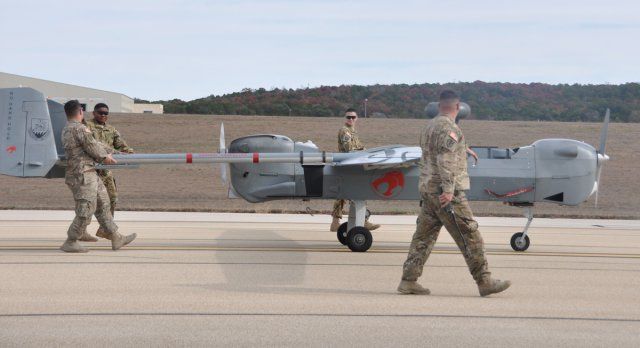 Following 20 years of aerial service for the US Army, the humble Hunter drone has just been taken out of rotation. The unmanned craft took its last flight on the 16 December before being formally retired in a none-too-indulgent ceremony at Robert Gray Army Airfield in Killeen, Texas.

Launched in 1995, the Hunter drone was initially used for training purposes on domestic soil. but was eventually deployed in the Balkans between 1999 and 2002 to suport NATO warfighting and peacekeeping duties in and around Kosovo. The flying bot was even used as part of Operation Iraqi Freedom in 2003 as part of the Second Gulf War.

The 15th Military Intelligence Battalion, nicknamed Thundercats, will known adopt the Gray Eagle drone. "Thundercats, congratulations on your part of history, that you're making today," Lt. Col Gregory Hardy, commander of the 15th Military Intelligence Battalion, said during the ceremony commemorating the flight. "I am absolutely confident that you're going to excel, as you have in the past, as we transform into a Grey Eagle company."

The Gray Eagle UAE is set to be a far more advanced bit of tech than its robust yet elderly predecessor, offering up to 25 hours of flight time, hit speeds of 167 knots and potentially operate at altitudes as high as 29,000 feet.

Why not check out: HDR - The next-gen future of TV and cinema explained