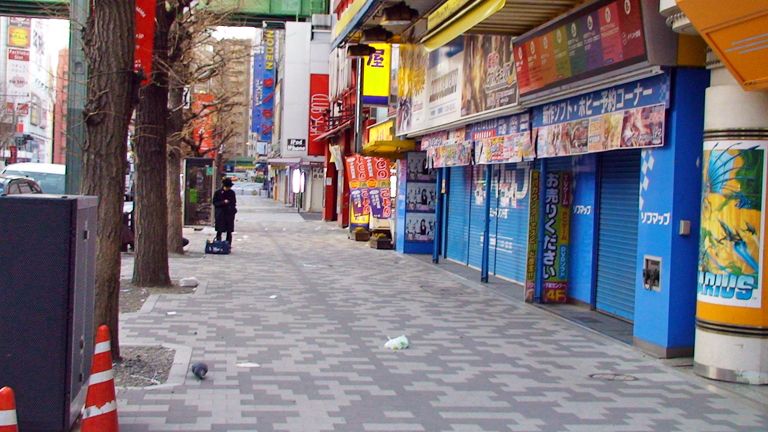 While many here in the West will have heard nothing but good things regarding sales data for the PS4, in Japan things are not looking so good. In fact, they are looking quite concerning for the Japanese hardware and gaming giant. That's because, according to sales data reported in legendary gaming periodical Famitsu, Sony has sold little more than 2,381,113 PlayStation 4s to date.

Worse still, most of the historical software houses related to the PlayStation brand are miles away from the sort of massive, full-on production of games that was a staple 10 years ago. While this sounds unbelievable in a country where Sony has always played a major role (as Sony was born in Japan after all!), it couldn't be more true, with software houses like Konami and Sega not only a shadow of their former selves, but switching increasingly to churning out mobile, free-to-play games for PCs and handhelds.

Another contributing factor, it seems, to this downfall is the almost total lack of console exclusives, which at one point was what PlayStation as a brand was renowned for. Now all of those Japanese exclusives have vanished, with new titles coming out on every possible platform available on the market - old-gen included! For example, look at the release of Metal Gear Solid V: The Phantom Pain. Once Metal Gear Solid was a PlayStation exclusive and a real reason to go out and buy a Sony console, however V launched not just on PS4, but also Xbox One, Xbox 360, PC and PS3.

The PlayStation 4's launch was delayed in Japan, despite it being Sony's native territory

And Metal Gear Solid V: The Phantom Pain is not the only exception. Games such as Phantasy Star or the crazy Sega cash cow Ryu ga Gotoku (the Yakuza franchise in the West) are now developed for every system, with the clear target to enlarge the developer's financial income in any possible way. Those heyday console exclusives are gone and, judging by the state of the Japanese games industry, gone forever.

What probably happened is that long ago Japanese software houses came to the understanding that times had changed and, when Sony hit a financial rocky patch, stopped pumping money into console game development. Making a big, console-exclusive title is more expensive than ever and, at least in the minds of the software houses, why would you risk a big loss when people are clamouring more and more for free-to-play games. There is little risk in making them, as they cost a fraction of the money to make, yet potentially can become insane, Candy Crush Saga-style cash cows.

Metal Gear Solid V: The Phantom Pain did OK in Japan. However publisher Konami have since dropped its maker Hideo Kojima

I was recently in Tokyo, Japan, and after talking with the Japanese gamers in Akihabara (the famous Tokyo district known for its gamer culture) about this issue (i.e. why Sony is not selling anywhere near as well as in the past) the typical response was that it is not 'interesting' (literally 'tanoshii' = amusing) anymore.

Paradoxically, this is the same answer we have in Europe from the hardcore gamers who lived in the so called "Golden Age" of game production and now criticize the nex-gen's production for having "no creativity" in most of the AAA productions. These people, who are now in their 30s and 40s, frequently criticize modern games makers for delivering no new game concepts, nor experimentations as they used to see and play in the past.

And, the scary thing is, it is probably true. But logically rising costs to develop new games have progressively reduced risks on investments, so few new ideas have seen the light in the last decade in this market. Even if consoles go to 4K definition and the upcoming VR peripherals revolutionise the games market to a degree (such as the Oculus Rift and PlayStation VR coming later this year), many analysts still can't see the money tap being switched back on.

Indeed, as I walked around Akihabara asking the otakus (the typical Japanese hardcore gamer) what was their most favorite and 'interesting' game was that had been released over the past five years, the answer, with no hesitation, was almost always Gravity Daze (which is the game known in the West as 'Gravity Rush').

Upon hearing this, I said to them that that the original 2012 game for PlayStation Vita (where gravity can be controlled and manipulated by the player), had just recently been remasted on the PS4, so they can replay the game on the new console with better graphics and with some new content. The answer from these guys though was alway the same, "why buy twice what I already played once?".

Now look, Sony is almost certainly aware of the problem in its native country, and will have started to fund as many Japanese studios like Team Ico, Project Siren as possible, but it doesn't have infinte resources to burn, so it's not like in a few months the system will become awash with great, original games with interesting concepts like Gravity Daze.

But what really must be most concerning for Sony about this current impasse is how an underdog console like the Nintendo Wii U, which is considered in the West a "dead console walking" and never had the sort of super high-end launch that the PS4 had, is that it has managed to outsell the PlayStation 4 in Japan with more than 3 million consoles sold to date.

So while Sony is killing it here in Europe with the PS4, generating a real stranglehold over the console market thanks to many US developers like Rockstar, Zenimax, Activision and EA pumping out games for the system (and their effective marketing on TV), in Japan, despite Sony's heavy marketing campaigns (the last one was weirdly named 'ZOINK'), Japanese hardcore gamers are just not buying it. According to my face-to-face research in Akihabara, gamers just see the PS4 as an expensive toy with very few interesting titles to play.

Big releases like Destiny have helped the PS4 do well in the West, but not in Japan, with the game barely making the list of top 20 games sold

And this PlayStation 4 issue isn't just a problem with hardware sales either. Famitsu's software sales data shows that in almost two years of shelflife, only two big Japanese titles came out for the PS4: Metal Gear Solid V: The Phantom Pain and Dragon Quest Heroes: The World Tree's Woe and the Blight Below – and neither sold phenomenally.

Worse still, if you take a look at Famitsu's top 20 best selling games of all time for PS4 (source: Famitsu n.1420 3-3-2015), of the titles that sold well since the PS4's official launch in Febrary 2014 (the japanese launch was delayed compared to the West for the first time in history), only two games in the top five were from US. Japanese gamers just don't seem to buying the big Western titles that are helping the PS4 to do so well in Europe.

Knack is the second best selling game of all time on PS4 in Japan. Oh dear!

This is demonstrated perfectly in the fact that the 2nd best selling game for PS4 since February 2014 in Japan is Knack! Now look, Knack isn't awful or anything, but it received mediocre scores across the board. GTA V meanwhile, a massive western title that racked up over $1 billion dollars of sales, is down in 7th.

So, to conclude, no wonder the PS4 in February 2016 reached one of its lowest selling moments in its entire history (only 32,181 consoles sold). Japanese PlayStation exclusives have fallen off a cliff, Japanese software houses are turning more and more toward free-to-play mobile games production, and the hardcore Japanese gamers feel there are no "interesting" titles on the system and aren't that interested in AAA western alternatives. Whether or not Sony can turn it around in Japan remains to be seen, however unless things change soon, it looks like this console generation will have been lost on Sony's native teritory.

For those who are interested, here is the official top 20 list of best selling PS4 games in Japan since launch:

3. Dragon Quest Heroes: The World Tree's Woe and the Blight Below (Square-Enix)