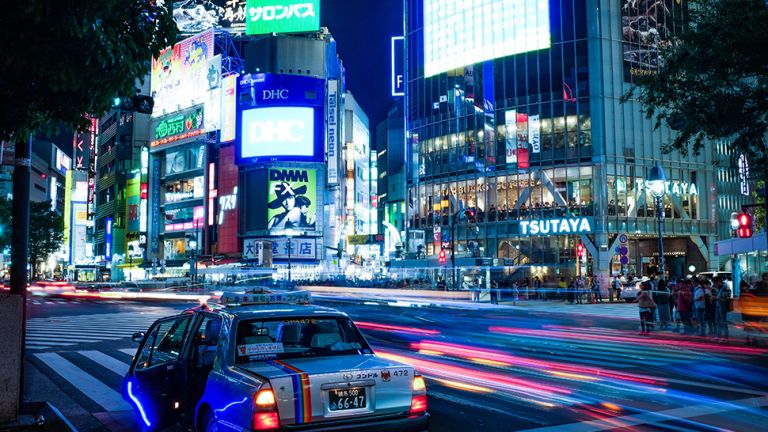 As the summer rolls around, thoughts turn to holidays, whether you're actually going away yourself or just staring at your friends' sunny Instagram feeds. So where is the tech-loving gadget-fan supposed to go? Well, you've got plenty of places to choose from.

We're not talking about tech-themed holidays or a weekend in VR but about places that have a particular association with technology - from high-tech hotels to famous sci-fi movie sets to the headquarters of some of the biggest computing companies on Earth.

Nobody does tech quite like Japan and Tokyo in particular is a hotbed of technological wonder - the city is obsessed with gadgets and geek culture, from the brightly lit Akihabara district to the National Museum of Emerging Science and Innovation (shown above).

You'll find tablet screens and automated ordering systems in the restaurants, self-driving trains, outlandish gadgets and more besides in Tokyo, and when all the tech gets a bit too much, you don't have to travel far to find quiet and natural spaces in which to unwind.

For such an empty, sparsely populated state, there's an awful lot to see in Utah, from the Bryce Canyon, Zion and Arches National Parks, to Monument Valley, to the urban sprawl of Salt Lake City. For the purposes of this guide though, we'd recommend San Rafael Swell.

Why? It stood in for Spock's home planet Vulcan in the 2009 Star Trek movie (okay this is more of a sci-fi link than a tech one). Drive through the valleys, canyons, gorges, mesas and buttes that make up the Swell, or just stand from a distance and admire the view.

Sticking in the States (maybe you could do a road trip), the M Beta Hotel from Marriott in Charlotte, North Carolina has a solid claim for being the world's most high-tech hotel - it's where Marriott tests its cutting-edge tech before rolling it out across its other hotels.

Some of the gadgetry you'll come across during your stay includes the virtual reality fitness classes you can take in the gym and the booths in the lobby that attempt to assess your mood. You can check in with your phone too if you don't like speaking to real people.

Still in the US, San Francisco is of course the startup capital of the world, and the place where you can walk past the offices of Uber, Twitter, Dropbox, Pinterest, Lyft, Wikipedia, Fitbit, Slack, Twitch, Medium, IFTTT, Reddit, TuneIn, Strava and many more besides.

The campuses of Apple, Google and Facebook are an hour's drive away too, and while they don't do tours you can at least go and get a picture by the gates before security ushers you away. When you're done, there's plenty more to see in San Francisco as well of course.

Berlin is home to the German Museum of Technology (or Deutsches Technikmuseum Berlin), offering exhibits on a host of technology old and new - including the evolution of photo and film cameras and the various way humans have communicated down the years.

A lot of the exhibits are interactive and there's lots to keep kids entertained as well, so it's far from being a dry and dull experience - and when you've finished looking around the Museum of Technology, you've got everything else that Berlin has to offer to explore too.

Geneva is a fantastic holiday destination in its own right, brimming with culture and sights to see, but it also happens to have the Large Hadron Collider just beyond its outskirts, as well as the headquarters of CERN (the European Organisation for Nuclear Research).

The science geeks among you can take a trip to the site of the Large Hadron Collider and sign up for a three-hour guided tour that includes a glimpse of the machinery. There's a museum to wander around as well and an exhibition about the invention of the internet.

The South Koreans are even crazier about their technology than the Japanese, if that's at all possible, and Seoul is certainly up there as one of the most technologically advanced cities in the world - it's about as close as you're going to get to holidaying in the future.

You can get on the world's fastest Wi-Fi from anywhere in the city (including the underground), gaze up at huge video screens showing off Samsung's latest prototypes, and even visit the district than the Gangnam Style song was named after, if you must.