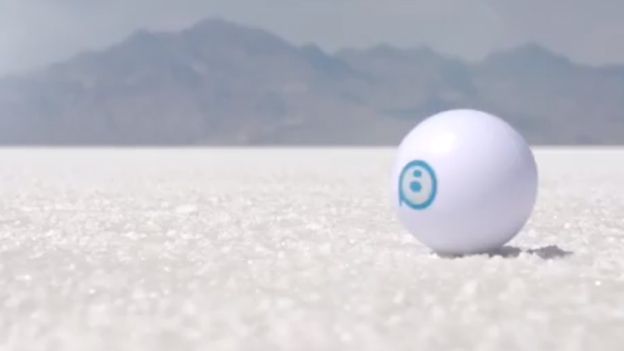 Orbotix's iPhone-controlled robot has had some significant upgrades with the Sphero 2.0 now boasting a higher speed along with some other internal tweaks

Orbotix has unveiled Sphero 2.0, an update to the Sphero iPhone and Android-controlled robot which lets you use Augmented Reality to control the orb-shaped robot.

Sphero 2.0 now comes with a new engine which boasts 7 feet per second making it twice as fast as the previous model, the internal LEDs have also been boosted making it reportedly 3x brighter.

For those that want something that's a little more rugged Sphero 2.0 now comes with a range of rubber cases which will also increase its ability to swim through water.

One of the main attractions are the host of Augmented Reality apps which let you use your iPhone or smartphone to turn the Sphero into a host of different objects all through the screen.

It's available now for £99.99 from the Orbotix website and comes with two ramps to get any budding off-roaders started.