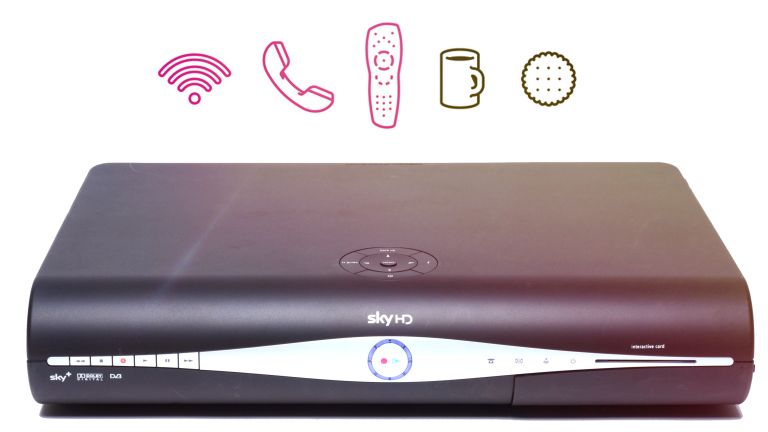 That last one is a bit of a shock. Sky ditched the ability to buy new Sky+ set-top boxes from its online store following the roll-out of its next-generation Sky Q hardware. The latter offers a number of improvements over older boxes, including the ability to record six shows, while watching a seventh live channel. There's also support for Ultra HD quality in live broadcasts and on-demand content, as well as Netflix built-in.

Unlike Virgin Media, which upgraded existing customers to its next-generation Virgin TV V6 for free following the launch, Sky has been perfectly content to continue maintaining and servicing those with ageing Sky+ boxes.

And now, the UK broadcaster has started to restock its online store shelves with the old set-top box, too. Sky has confirmed to T3 that this definitely isn't a new, slightly-tweaked version of the Sky+ system – this is the same set-top box that launched in December 2014. According to Sky, this ageing hardware still has space for 185 hours of content. You can record, pause and rewind Freeview channels – and record one show while watching another, which is very handy... but a long way from the seven simultaneous channels seen on Sky Q.

The new Sky Essentials value bundle costs £26 a month will keep that guaranteed price for the next three years, the UK broadcaster claims. There's also a £25 one-off upfront cost when customers sign-up to a new 18-month contract.

It's also worth noting that this does not include access to any paid-for Sky channels. If you want to watch anything other than the plain ol' FreeView offering that is available to watch directly on any modern HD TV, you'll need to opt for a different Sky bundle (complete with flashy new Sky Q set-top box) which starts from £22 a month.

As such, those who want to be able to access all the critically-acclaimed Sky exclusive shows that your colleagues are constantly wittering on about at the water-cooler, including Game Of Thrones, Chernobyl, and Big Little Lies, should avoid the Sky Essentials bundle. And don't just take our word for it – Sky itself confirmed that it would not be pushing this particular package to those who want Sky primarily to watch its offering of premium channels and series.

Instead, Sky Essentials is designed for those who want unlimited broadband, line rental and unlimited calls to UK landlines and mobiles on the home phone. If they're perfectly happy with the selection of channels already available on FreeView, or don't already own a Smart TV that enables many of the features available in the Sky+ box, this new bundle could be a solid choice.

If you want to check out the Sky Essentials offering, check the full details of the 18-month contract here. You can order the new bundle right now.