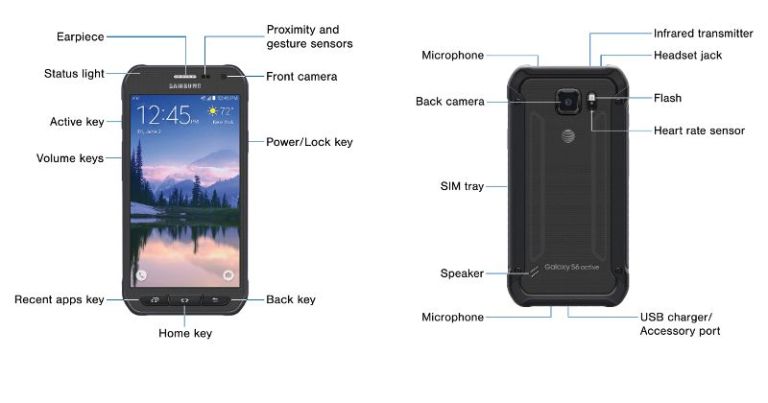 It's funny really. Samsung has been making phones, tablets and other devices for years – and doing pretty well at it – but it still manages to make basic boo-boos like this.

Its US arm accidentally published the support page for the forthcoming Galaxy S6 Active, complete with pictures and specs. While it took the page down pronto, it hasn't yanked the manual, which remains online. That sound you hear is a Samsung exec facepalming.

Like previous Active iterations, it's essentially the same phone as the flagship but with a more hardwearing body. It has an IP rating of IP68, which is one higher than the S5 Active. That means it's completely dustproof and protected against prolonged effects of immersion under pressure. Or hard as nails, if you prefer.

Its key specs are the same as the Galaxy S6's. It's powered by an octa-core Samsung Exynos CPU alongside 3GB of RAM, it has 32GB of storage and a 5.1-inch screen with a resolution of 2,560x1,440 pixels. On imaging duties are a 16-megapixel rear camera and a 5-megapixel front-facer.

There's no word on the microSD card slot and removable battery that were previously rumoured, however. Samsung dropped both features from the S6 and S6 Edge, but internet tipsters insisted they would make a return on the S6 Active. We'll have to wait for the announcement to confirm or deny.

It comes in white and black, and has a more rugged look than the svelte S6. We're expecting an announcement sometime over the summer. Seeing how much material has leaked concerning it, we'd say it'll launch sooner rather than later.