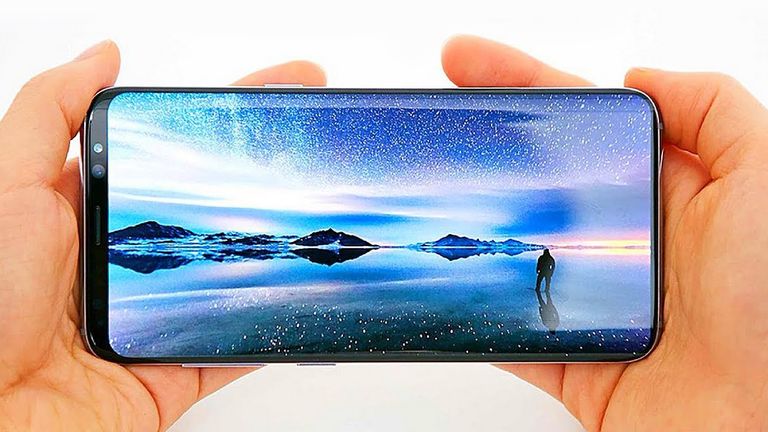 The news, which stems from South Korean news site The Bell, reveals that the Galaxy S10+ will have dual cameras on the front, as well as three cameras on the back, with a standard Galaxy dual-lens setup alongside a brand new dedicated ultra-wide angle camera.

"According to several parts industry experts, Samsung Electronics is working on a spec with a total of 5 cameras in the Galaxy S10 +," notes the report. As such, the S10+ will be "the first S series to be equipped with two cameras, and the rear is also equipped with the first triple camera… On the back of the Galaxy S10 +, there is another ultra-wide-angle camera added to the same dual camera as the previous Galaxy S9 +."

Should this report prove to be at least somewhat tethered to reality, that would leave the Galaxy S10+ with a 12MP wide-angle camera, 12MP telephoto camera, and the new ultra-wide-angle camera (16MP, 120-degree field of view) on the rear of the device.

The Galaxy S9+'s wide-angle camera only delivers a piffling, 77-degree field of view, so this S10+ ultra-wide lens would offer a significant advantage in landscape photography over this year's flagship.

This news quashes earlier reports that the Galaxy S10+ would come with three cameras, and it dramatically raises the stakes for Samsung's rivals, who could be left playing catch-up in terms of camera systems. Sony's much-anticipated new 5G Xperia, officially launched by the end of February 2019, might be placed to compete, but not the other big phone brands.

In particular, Apple could feel threatened by the dramatic reveal, with its rumoured 2018 iPhone XL flagship set to feature a mere 3 cameras, which is 2 less than 5, by our maths.

The Galaxy S10 release date for all three models is February 2019 at Mobile World Congress. Although more cameras doesn't necessarily mean better photos, it certainly means wider ones, and Samsung consistently delivers when it comes to Instagram-friendly phone photography.

We remain suitably psyched about the potential of this photo-taking powerhouse of a phone.