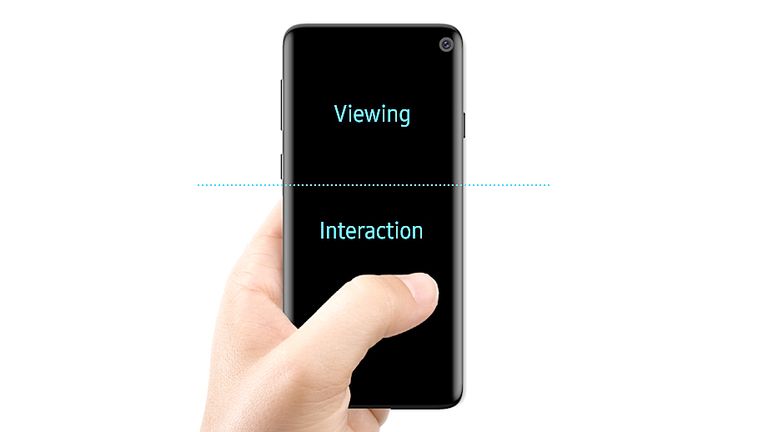 Samsung has confirmed plans to unveil its next Galaxy smartphone during its upcoming Unpacked keynotes on February 20, 2019 in San Francisco and London.

The Seoul-based company has teased the forthcoming event with the number "10", fuelling rumours Samsung will unveil the long-rumoured Galaxy S10 range.

The next-generation Galaxy S handset is widely-tipped to ship in three variants – Galaxy S10 E, Galaxy S10 and Galaxy S10 Plus. All three models are rumoured to have an Infinity-O display design that includes a small, circular cut-out in the OLED panel for the front-facing camera, while the number of rear-mounted cameras will vary depending on the price of the S10 variant. In the hours following the confirmation of the Galaxy Unpacked event, a colossal Galaxy S10 leak appeared online, revealing a swathe of never-before-seen details about the handset.

Ahead of the February 20 announcement, Samsung has seemingly unveiled the design of its hotly-anticipated flagship in a post on its own newsroom website, where it announces the latest software features and hardware.

The South Korean company shared a post about its new One UI mobile operating system, which is based on Android 9.0 Pie, and redesigns the user interface to ensure that everything is within reach in the lower-half of the display to make smartphones with increasingly larger screens remain useful – even one-handed.

To demonstrate the new software design, Samsung uploaded a number of different images of an unspecified handset. Reddit user u/qgtx initially spotted the images in the newsroom post, which matches most of the previously seen renders and leaks.

Samsung hasn't commented on the images. However, it has swapped the image for another unspecified device that does not have the hole-punch cut-out in the screen and has much thicker bezels around the smartphone.

Following the Reddit post, users on the social news website have suggested that Samsung deliberately used an image of the as-yet unannounced smartphone to drum-up some interest in the handset.

When asked for evidence of this theory, some Reddit users have pointed to the fact that u/qgtx does not have a long history on the forum – suggesting that the user might even be a Samsung employee tasked with revealing the nifty marketing ploy.

The leaked images come days after reliable Samsung tipster @UniverseIce revealed details about the size of the battery included in the next Galaxy S handset.