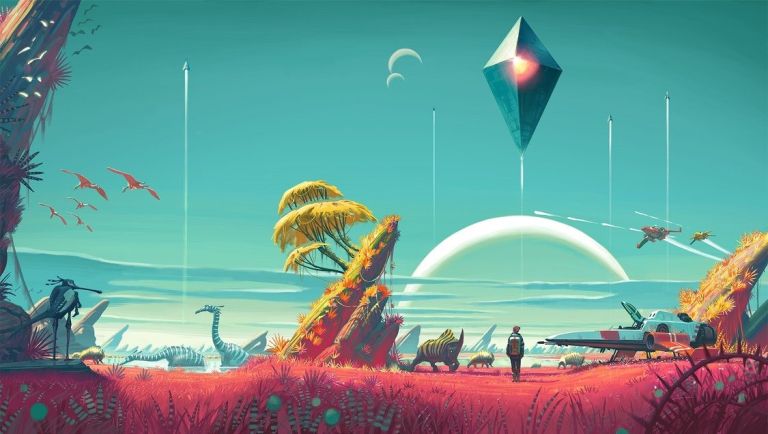 With a reveal rumoured for the PlayStation Meeting event in September, Sony's PlayStation 4 console upgrade remains a hot topic in the videogame industry. Not many developer's have discussed the potential of such as-yet-unconfirmed hardware, but that hasn't stopped man of the moment and Hello Games Found Sean Murray from revealing his thoughts on the potential of PlayStation Neo.

Better yet, No Man's Sky co-director mused that the rumoured additional power of PlayStation Neo wouldn't just upgrade the game's aesthetics, but completely revolutionise how the game is played. “More powerful hardware doesn't just mean upgraded textures or a higher frame rate. It means we can fundamentally change the experience,” he comments in a recent interview with the Daily Star.

“You'll see this from our patch notes – we're able to change huge things in the universe, because we have complete control. With more powerful hardware, we can have more trees, more leaves on those trees. The density or immersion of worlds, or new types of worlds could exist.”

No Man's Sky has garnered plenty of acclaim and its fair share of criticism (Hello Games' coyness when it came to confirming the specific of the game's multiplayer nature hasn't gone down too well), so perhaps a build utilising a more powerful processor could help the developer make good on those elements hinted at so often in the preview stage.

Are you playing No Man's Sky? Do you think the Neo could make it even better/right its wrongs? Let us know in the comments below.

Why not check out: T3 Opinion: Did Xbox Scorpio just take PlayStation Neo back to the drawing board?