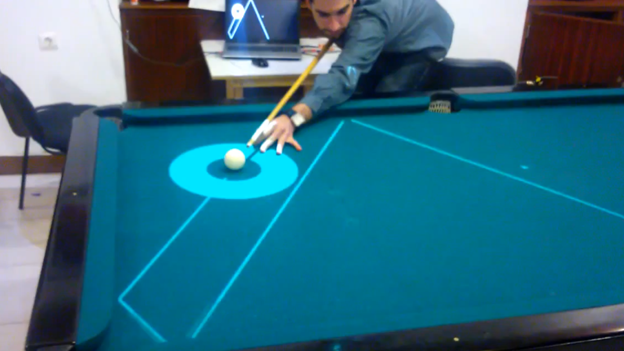 Ever played pool? Been beaten by someone who seems to have an almost computer like ability to work out physics and geometry? Then students at the University of the Algarve have developed the technology for you.

It is currently in a development stage, but as the video below shows, PoolLiveAid has the ability to take the mathematics out of playing pool. Designed more as a training tool than something for use in pool halls, it works out where the balls will go based on the current angle of the cue.

The tool was developed by University of the Algarve students Luis Sousa, Ricardo Alves, and J.M.F. Rodrigues, it was demonstrated at a conference.