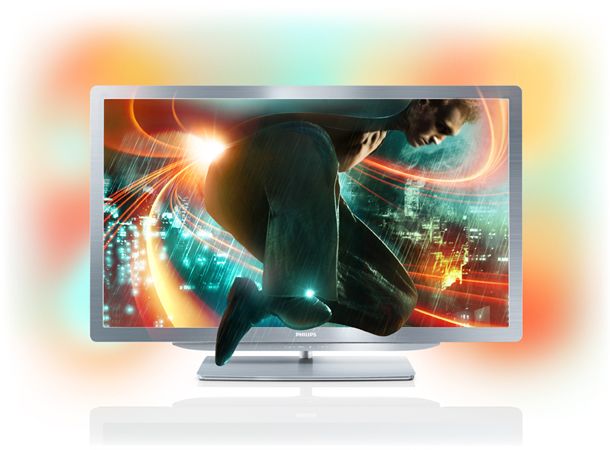 9000 Series is the fastest LCD screen on the planet. According to Philips...

Philips has unveiled its 9000 Series Smart LED TV that it claims is the fastest LCD screen on the market.

3D Max technology which can process two billion pixels per second ensures great clarity and sharpness, while the fastest response rate claim comes courtesy of a 400Hz Clear LCD display that has a 0.5 millisecond response time.

To give your 3D added brightness, there's 3D Super Resolution while LED Pro technology gives images extreme contrast. In the sound department, a 40W soundstage should do audio justice to your favourite 3D flicks.

If that's not enough to whet your appetite, Philips is also offering full-screen gaming that can be either split screen in 2D mode or a 3D mode where each player can simultaneously see his or her view on the entire TV screen.

There has been no confirmation of a release date or pricing for the 9000 Series, but we'll keep you posted as soon as we know more. We imagine it won't be cheap.