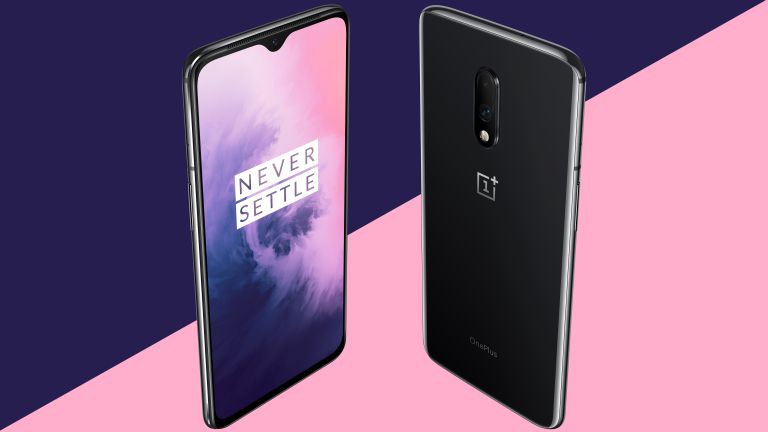 OnePlus 7 finally goes on-sale in the UK and Europe today – a little under two weeks after the flagship OnePlus 7 Pro hit shelves worldwide. The OnePlus 7, which looks like a more direct follow-up to the OnePlus 6T compared to Pro variant, is the more affordable of the new handsets announced in the OnePlus 7 series.

The latest flagship smartphone range marks the first time OnePlus has launched two handsets simultaneously. The OnePlus 7 Pro is the most expensive device ever built by the company, boasting a luxurious 6.67-inch edge-to-edge display with a 90Hz refresh rate, a pop-up selfie camera, and a triple rear-camera capable of 3x optical zoom and ultra-wide angle photographs. It starts from £649 and maxes-out at £799 for the model with 12GB of RAM and 256GB of non-expandable storage.

Meanwhile, the OnePlus 7 is a much more humble update to the OnePlus 6T launched in the final few months last year. It keeps the same small teardrop-like notch and 6.41-inch panel seen on its predecessor, but adds the latest flagship Qualcomm chipset – the Snapdragon 855, as well as faster UFS 3.0 storage, and a speedier and more accurate in-screen fingerprint sensor.

OnePlus 7 has also been fitted with an improved vibration motor designed to make notifications and calls more noticeable. It is also used to make the small haptic taps that have been scattered across the Android 9.0 Pie mobile operating system more enjoyable.

The new smartphone is available from OnePlus.com, as well as mobile network EE, and high street stores, like John Lewis and Partners.