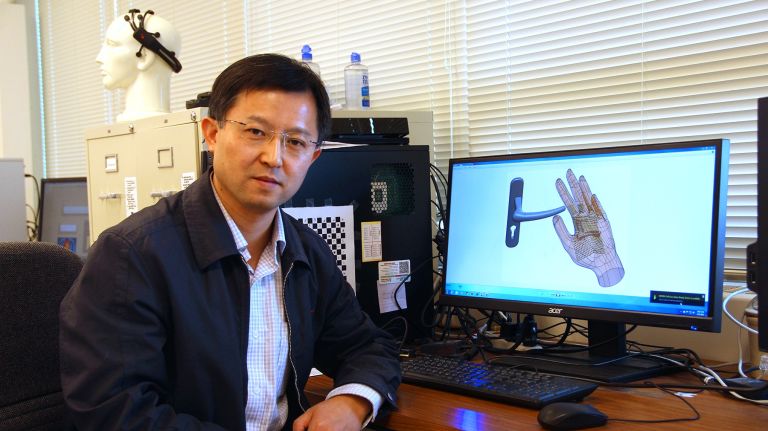 There's been a burst of haptic feedback-related tech as of late - including a machine vision system designed to help visually impaired users identify items while shopping - and researchers at the University of Nevada, Reno are looking to add to that wave with a new glove that mixes haptics and audio to help the blind see the world around them.

Revealed yesterday, the ambitious wearable will combine a variety of instruments - including high resolution cameras, tactile sensors, temperature sensors and tiny microphones - the build an 'image' of sorts. "We will pre-map the hand, and build a lightweight form-fitting device that attaches to the hand using key locations for cameras and mechanical and electrical sensors," comments Yantao Shen, assistant professor and lead researcher on the project from the University of Nevada, Reno's College of Engineering. "It will be simpler than a glove, and less obtrusive."

The tech is still very much in development and while there's no news on when a prototype might be made available for testing, Shen remains confident the wearable tech will eventually be made available to the general public."Not only will this device help blind and visually impaired people, the methods and technology we develop will have great potential in advancing small and wearable robot autonomy," he adds.

Via: University of Nevada, Reno

Why not check out: Who cares about high-res audio?