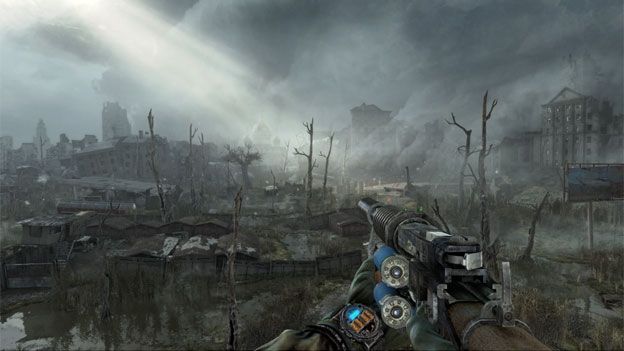 Metro: Last Light has ended the three week run of Dead Island: Riptide at the top of the UK's video games sales chart

Interestingly, according to the data assembled by UKIE, Metro: Last Light failed to match the first-week sales of its predecessor, Metro 2033, in spite of appearing in the charts in a higher position and being released across more platforms.

The results are likely to delight Koch Media/Deep Silver, since it's the company that publishes both games.

Elsewhere in the charts, FIFA 13 has climbed back to third position, while Call Of Duty: Black Ops 2 has tumbled to fifth. Pokemon: Mystery Dungeon is this week's other highest entry, debuting at fourth place.

Tomb Raider has fallen to sixth place and BioShock Infinite is clinging to tenth position.

The rest of the top 10 chart shapes up as follows: