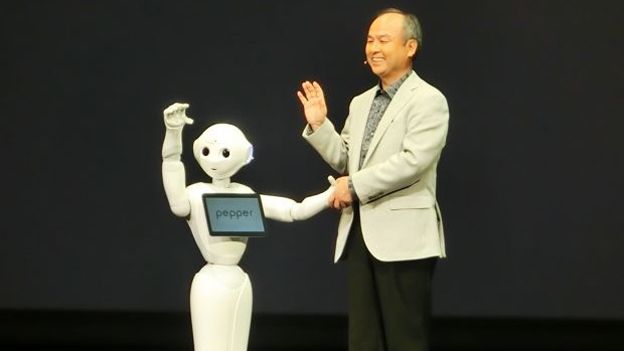 Ever wanted a home robot? Of course you have, who hasn't? Well, the dream has taken one step closer to reality this week.

Japanese telecoms giant Softbank took the wraps off its latest product this week and it's called Pepper.

Pepper is a robot that can supposedly read human emotions and Softbank's chief executive Masayoshi Son believes we're on the edge of a major breakthrough in home-based robots.

The robots will debut at two of Softbank's stores in a customer service role. The network is also planning on putting them on sale later this year for around £1,200.

According to Softbank, Pepper can communicate with people through a mix of speech, body language and emotion. Currently, it comes with a combination of microphones and proximity sensors which are used to help Pepper understand humans.

Pepper already understands around 4,500 Japanese words. However, more impressive is that it can understand subtle differences in those words based on tone.

Softbank has plans to offer hardware upgrades and new apps for Pepper.

There's currently no word whether it will ever make it to the UK. We'll let you know if that changes, but in the meantime we suggest Japanese classes.