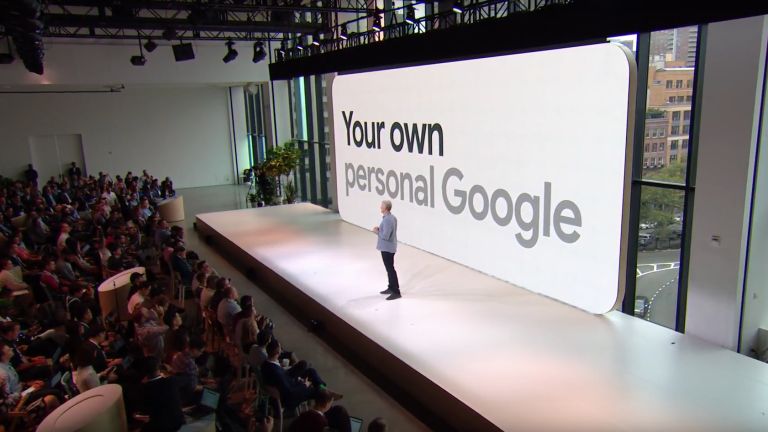 Google just held its annual Made By Google event, which saw the search firm take the wraps off its latest range of smartphones, tablets, and more, in New York.

The event kickstarted at 8am PT, 11am ET, and 4pm BST. You can watch a re-run of the livestream via YouTube below:

For its latest Made By Google event, the company kickstarted proceedings with a new addition to the Google Home smart speaker range, known as Google Home Hub, which sports a 7-inch touchscreen, similar to the Amazon Echo Show.

Home Hub sports far-field voice recognition, so it should be able to hear your voice commands from across the other side of the room. Like previous entries in the Home range, owners need to use the wake phrase "OK, Google" or "Hey, Google".

The addition of a touchscreen to the Home Hub allows Google Assistant to display more information based on your various queries and questions. For example, when you ask for the weather, Home Hub will surface detailed forecasts for the next three days in the bottom left-hand corner of the display, which are presented in the same Material Design card-like interface seen across the full suite of Google products.

At launch, Home Hub promises integration with around 5,000 smart home products from 400 different brands. During the keynote, Google showcased how Home Hub owners will be able to watch live feeds from their home security cameras, like Nest, with a voice command like “Hey Google, Show me the front door camera".

If this sounds at all familiar, it's likely because Amazon already offers very similar features with its Echo Show hardware, which can play live video feeds from home security systems, display detailed weather forecasts, and calendar appointments.

Where Google's offering does differ slightly is Home Hub's focus on doubling-up as a digital photo frame. By default, the 7-inch AI-powered home device will automatically cycle through the images stored in your Google Photos account.

Google says the Home Hub uses its AI smarts to work-out which photos you're likely not going to want broadcast to the whole house via the photo frame. According to the company, receipts and blurry images will automatically be filtered out.

Home Hub's 7-inch touchscreen automatically detects and matches the light and ambient colours in any room, so pictures blend right in with your home to ensure the images are not too glaring – useful if you're planning on keeping the device on your nightstand.

Google has also included a control panel similar to the one found in the Home smartphone app, so you can make changes to all the other connected devices you might littered around the house.

Google Home Hub is available to pre-order for £139 today, with the first devices shipping to customers on October 22. It will be available in Chalk, Charcoal, Aqua, and Sand finishes from the Google Store, Currys PC World, Argos, and eBay UK

Next up, Google unveiled a ChromeOS tablet, known as Pixel Slate.

The new tablet boasts dual stereo speakers, a fingerprint scanner, as well as a rear-facing 8-megapixel camera. Google also includes support for a stylus for handwritten notes and doodles, as well as a keyboard cover accessory for more serious work.

On the front of the Pixel Slate you'll find a lavish 12.3-inch touchscreen that packs more than 6 million pixels. For those who can't do the maths, that works out at around 293 pixels-per-inch, which should be more than enough to keep text looking sharp and family photographs crisp.

Google has included two separate microphones inside the housing for improved noise cancellation when making VOIP or video calls.

The all-new tablet also includes a designated Titan M security chip, which Google says ensures your information, device passwords and operating system are all encrypted and stored on your Pixel Slate – not in the cloud.

Google quotes around 10 hours of battery life under typical usage. Fortunately, when that dries-up, Pixel Slate has support for fast-charging via USB-C, which adds around 2 hours of power to the tablet with a quick 15-minute charge.

The Pixel Slate is available in a variety of different configurations, starting from £549 for an Intel Celeron processor, 32GB of in-built storage and 4GB of RAM, and maxing-out at a cool £1,549 for the model powered by an eighth-generation Intel Core i7 with 256GB of storage and 16GB of RAM.

Google claims its new tablet can plugged-into an external monitor, mouse and keyboard to transform the set-up into a fully-fledged desktop. However, those who are looking to use the Pixel Slate as a laptop replacement will likely want to opt for the pricier, more powerful models.

As you'd expect with a Google-branded tablet, AI plays a significant role in the new device and can be used to send an email, update shopping lists and reminders, as well as checking the latest forecasts and news updates.

Google also unveiled a new first-party keyboard accessory for the Pixel Slate, dubbed, perhaps unsurprisingly, Pixel Keyboard. It has a full-size backlit keyboard, complete with a generous trackpad. The £189 accessory connects to the tablet using pogo-pins, so there's no charging or troublesome Bluetooth pairing required.

It's worth noting that Pixel Slate is not a replacement for the PixelBook announced at the Made By Google event last year, which is still available in the Google Store.

After months of leaks and rumours, Google finally took the wraps off its latest flagship smartphones, the Pixel 3 and Pixel 3 XL, at its annual Made By Google event.

Despite widespread speculation the firm had intentionally leaked a number of dummy Pixel 3 handsets to throw people off the scent of the final design, the Pixel 3 and Pixel 3 XL were pretty much exactly what we all expected.

Like the previous two iterations of the Pixel, Google has unveiled two different sizes for its new handset. The regular Pixel 3 sports a 5.5-inch OLED display bookended by thin, curved bezels almost identical to those found on the Pixel 2 XL last year.

Meanwhile, Pixel 3 XL has a larger 6.3-inch OLED notched display, marking another step towards omnipresence for the screen design that was the target of a certain amount of ire when it first appeared on the iPhone X last year.

The notch – a deep cut-out at the top of the all-screen design to house the front-facing camera, speaker, and a slew of sensors – enables Google to achieve a higher screen-to-body ratio than it managed with its previous XL model.

Aside from the new screen sizes, the Pixel 3 and Pixel 3 XL look remarkably similar to their predecessors, Pixel 2 and Pixel 2 XL. On the back of both new handsets, you'll find the same single-lens rear camera, circular fingerprint reader, and two-tone case.

However, since Google is now using Corning Gorilla Glass 5 for the back of its new Pixel 3 and Pixel 3 XL handsets, it has included support for Qi wireless charging this time around, which brings the Pixels up to speed with most modern flagship phones.

One area there are some visible changes are the colours available at launch. Gone are the 'Kinda Blue' and 'Black & White' finishes from last year, replaced instead with ‘Just Black’, ‘Clearly White’ and ‘Not Pink’ – a subtle, pinkish sand-like colour.

But while the new industrial design isn't much of a departure from last year, things have been beefed up on the inside. Pixel 3 and Pixel 3 XL are powered by a Snapdragon 845 processor – that's the same top-of-the-line silicon used in every other Android flagship launched so far year.

Google Pixel 3 and Pixel 3 XL also feature a redesigned HDR+ shooting technology to enhance photos taken in low-light conditions. There's also an AI-powered Top Shot function that takes a series of pictures in the background every time you press the shutter button and suggests the best-looking snap. Google says the feature should put an end to those unsalvageable shots where one of your group is blinking.

If you're a fan of the squeezable mechanism found on last year's Pixels, you'll be pleased to know it's making a comeback. Dubbed Active Edge, the feature lets users press-in the frame of the phone to launch the Google Assistant.

Both flagship handsets will ship with the latest version of Google's mobile OS, Android 9.0 Pie, as well as IPX8 water and dust resistance.

Google dropped the 3.5mm headphone port last year, so its no surprise that it's still M.I.A in the new Pixel 3 and Pixel 3 XL. As a result, charging and audio will be handled by the USB-C port. Thankfully, Google will include wired USB-C headphones in the box with the smartphone this year – a welcome addition.

For those who've shelled-out on a nice pair of wired headphones, Google will also include a USB-C to 3.5mm jack adapter in the box, too.

And that's a wrap for the latest Made By Google announcement. Although Google was tipped to provide an update on its long awaited Wear OS wearable, rumoured to be branded Pixel Watch, nothing materialised at the event.