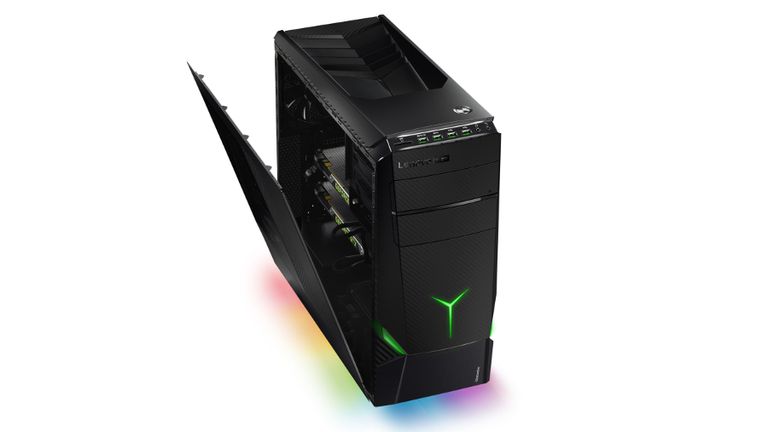 Lenovo and Razer have announced that they're banding together to produce new gaming PCs as well as other peripherals.

This announcement was made at DreamHack Winter 2015, and the first PCs will be Razer Edition models of Lenovo's Y series gaming machines – the first desktop prototype is pictured above, and the product will be officially launched at CES 2016.

Unfortunately, no real details of the spec were revealed, save that we can expect cutting-edge graphics – dual Nvidia video cards, at least by the looks of the picture – and of course flashy, over the top 'Chroma' multi-coloured lighting effects courtesy of Razer (as you can also see in the image above).

Razer will benefit from Lenovo's expansive PC empire – it's the biggest PC vendor in the world, after all – while Lenovo will expect better sales from gaming computers with a proper gamer's brand as a seal of approval.

According to PC World, Razer has also been involved in choosing the peripherals to go with the machine, so we can perhaps expect the likes of the super-accurate Diamondback gaming mouse to be bundled.

Victor Rios, VP and general manager, Workstation BU, Gaming and Industry Solutions at Lenovo, commented: “While we bring to the table our engineering expertise, design muscle and scale, Razer adds in the finesse and experience of serving the gaming community for the last decade.

“We believe our partnership is a strong first step that will lead to the delivery of winning PC gaming solutions and a brand new experience to our customers.”

At DreamHack, Razer also announced that it would be bringing its 14-inch Razer Blade laptop to Europe for the first time, with sales set to kick off on December 10.

Also check out: Can Razer's updated Nabu fitness tracker save you from the zombie apocalypse?