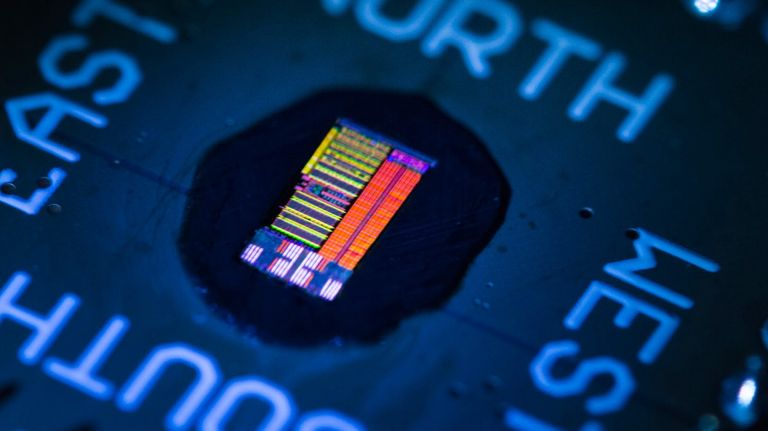 Researchers at the University of Colorado have managed to construct a micro processor that can operate using light instead of the more traditional use of electricity. While not entirely photonic, the scientific breakthrough does offer 850 input/output and 300Gpbs per square millimeter (a bandwidth not to sniff at when compared to regular electric-only chips).

And while the 3mm by 6mm chip isn't the most powerful bit of circuitry (it only has two cores to its name, after all), its creation is still a huge breakthrough for research in theoretical photonics and offers the exciting potential for processors that could perform at exhilarating speeds.

“Light based integrated circuits could lead to radical changes in computing and network chip architecture in applications ranging from smartphones to supercomputers to large data centers, something computer architects have already begun work on in anticipation of the arrival of this technology,” comments Miloš Popović, an assistant professor in CU-Boulder's Department of Electrical, Computer, and Energy Engineering and a co-corresponding author of the study.

Via: University of Colorado

Why not check out: VR-ready gaming laptops could land in the first half of 2016