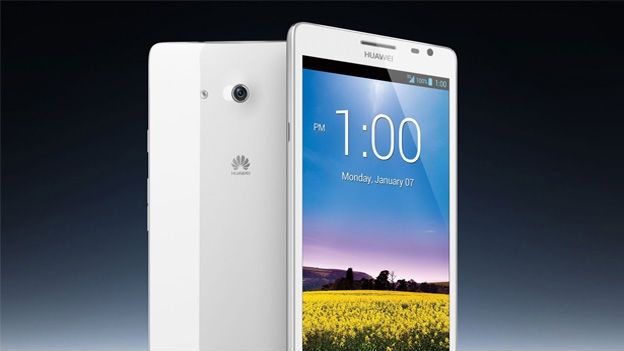 Huawei, the Chinese electronics brand, is making a play for the big time with its newest releases this week at CES. But, it isn't just the phones which have been grabbing headlines; CEO Richard Yu has been making some rather substantial claims.

In an interview with tech site The Verge Yu claimed that “Steve Jobs is gone. Now there is a lack of innovation”.

Big words, so he better hope Huawei's latest devices are up to scratch.

First off there's the Ascend D2, a device Huawei is claiming to be “the most powerful smartphone.” It packs a 5inch 1080p screen, 1.5GHz quad-core processor, a large 3000mAh battery to make sure it lasts a full day and a 13 Megapixel shooter.

Think a 5 inch screen is big? Think again. Huawei's star of the show is no doubt the Ascend Mate. If not just for the shock factor alone. The Mate is headlined by a massive tablet territory crossing 6.1 inch 720p display. Sitting alongside that beast of a screen is a 1.5GHz quad-core processor, 2GB RAM and an 8-megapixel camera.

Both these phones run Android 4.1 Jelly Bean, though the aesthetics have been heavily skinned by Huawei's Emotion UI. So this is probably not the device for a lover of the vanilla Android experience on the Nexus 4.

Will Richard Yu have to eat his words? Or are Huawei set to take over the world of technology. Only time, and massive phone sales, will tell. Keep an eye of T3 for more details of when you will be able to get your, hopefully big, hands on these phones.