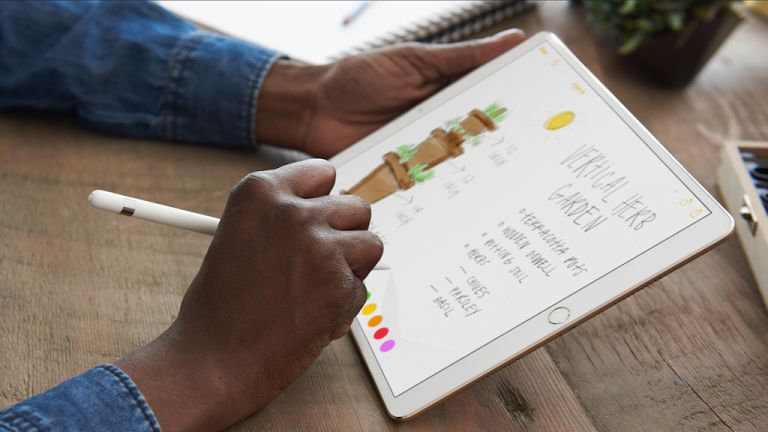 It seemed as though for years macOS had been taking cues from iOS; the addition of a notifications tab, gaining an App store, and most recently Siri improved the experience of using an Apple computer, but it left many wondering why iOS, especially the iPad, never received any features in return.

Apple is changing that with iOS 11 on the iPad, and we think it was certainly the most impressive thing to come out of WWDC 2017.

The new features in iOS 11 are surely a move to help drive sales in a market that has slowly been stagnating of late, but also to help deliver on Apple’s promise that the iPad is a viable laptop replacement.

Before iOS 11 there were just too many constraints with iOS on the iPad — the operating system was too on rails for it to challenge a laptop. This made the hardware appeal to different niches rather than having a universal reason to own it — some use it as a place to read books while some use it as a movie watcher. The fact that you can now be as productive on an iPad as you can on a laptop creates that one reason that everyone is going to find the hardware appealing. iOS 11 changes everything for the iPad, here are five reasons why.

The dock for the iPad in iOS 11 is now versatile and customisable by allowing the user to throw as many apps onto it as they want and features a contextual segment that will suggest applications you may want to use next. This means that if you open the photos app, the segment will fill itself with photo editing apps for instance.

Users are also able to summon the dock at will, this takes away the closed off feeling of iOS when you are in an application. This allows the user to jump from app to app instantly and makes the whole experience a lot more seamless.

Sure, this dock seems ripped straight out of MacOS, but the time for the Mac to start giving back to iOS is long overdue. Also, features like this are necessary to make the iPad more capable than it’s ever been before.

No matter what application the user has open, the dock in iOS 11 is able to rise from the bottom of the screen and provide the most seamless multitasking experience ever seen on Apple’s tablet. Dragging and dropping the app you want to multitask on top of the application already in use creates a separate window for the second application.

The new iPads are equipped with 4GB of RAM and the A10X Fusion chip (which is an absolute screamer). This allows the tablet to run up to three applications at the same time with two on the side in a split view and the third floating in the middle. For the first time iOS gives the user a multitasking experience that is laudable.

Apple is labelling the hub they have created to display all the user’s open apps as the ‘New App Switcher’, however it’s likeness to Mission Control on the Mac is there for everyone to see, but again, that’s not a bad thing. This functionality takes full advantage of the 10.5 and 12.9-inch screens of the two new iPad models respectively and even features the app pairings that the user currently has active. This means that if you have Pages open with iMessage on the side for instance, the two will stick together even when in the App Switcher.

This mode also features Control Centre on the right hand side that allows users to adjust iPad settings with the tap of a button such as brightness and Bluetooth. This update isn't huge in its own right, but when paired with everything else iOS 11 has to offer it’s fundamental.

Drag and Drop is making its way to the iPad, this feature is weaved together with the ability to have up to three apps running on the screen at the same time without a hiccup. This means that the awkward share sheet is no longer needed to move items from one app to another. To initiate drag and drop, all you need to do is press and hold on a single object until it is highlighted, then you are able to tap on any other objects that you want to move at the same time, then drag them around the operating system until you get it where you want it.

Although this system doesn't seem ideal for moving around tons of items at once, and, from the demos we’ve seen, your hands are going to get into some uncomfortable positions to select everything you want. However, this is an immense stride away from the share sheet where data in each app felt locked away and getting it into another app was more tedious than it needed to be.

The iPad finally has a place for you to see all the files that are stored on the device and is the biggest step towards making the iPad a unified experience and gets rid of a ton of the ugly asterisks that came with attempting to use the tablet as a laptop replacement before. The app is essentially Finder for the iPad but features several improvements that not even the Mac currently has.

Files for the iPad features all the files that can be found on the device as well as the files from cloud services such as Google Docs and Dropbox, meaning there are now less barriers than ever to applications in iOS.

iOS 11 is the most complicated iteration of the software that we’ve ever seen, but that’s not a bad thing at all. This latest iteration is proof that the platform is evolving differently on iPad and iPhone by taking full advantage of the extra screen real estate of the former and pushing its hardware to the limit. The iPad now feels like a place where the software and apps converge instead of each feeling locked away and isolated from everything else.

The iPad is gaining functionality and allows the user to be more productive than ever in an age where the MacBook line is loosing ports and interest for the laptop line seems to be waining. This allows the iPad to position itself as a competitor to any laptop with its incredible battery life, portability and performance that is intruding on laptop territory with a price tag that is extremely appealing.

Apple believes the future of computing is mobile, and it’s easy to believe them when we do an incredible amount of tasks on our phone. The company’s tablet line isn't quite a computer yet, but iOS 11 marks the first time you might actually consider picking up an iPad over a laptop and that’s incredibly significant.